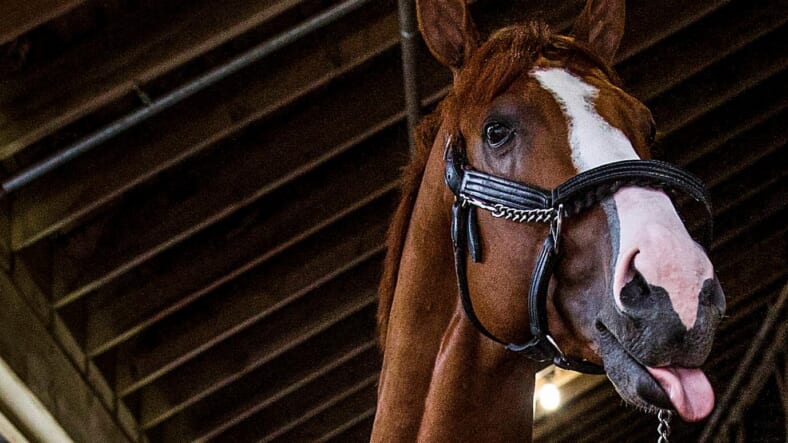 Before Justify won Saturday’s Belmont Stakes, making him only the 13th horse to capture the Triple Crown, his owners cut a deal with Coolmore Stud, an Irish company that breeds horses, for the rights to the thoroughbred’s seed.

The deal would have paid Justify’s owners $60 million, but there was a stipulation in the contract. If the three-year-old went on to win the the Triple Crown, the fee for his breeding rights would jump to $75 million.

On Saturday Justify made his owners proud, and rich, with a wire-to-wire win of the third and final event of horse racing’s most coveted prize.

The $75 million Coolmoore paid for Justify’s breeding rights is an all-time record, surpassing the $70 million paid to purchase the breeding rights for 2000 Kentucky Derby winner Fusaichi Pegasus. And to think, Justify’s owner bought him in 2016 for only $500,000.

As ESPN points out, Coolmore should have no trouble recouping its investment in Justify.

While the deal might seem rich, sources said Coolmore would make it up by breeding in the Northern and Southern Hemisphere, making the horse capable of breeding at least 250 times in his first year. At an average of $150,000 per live foal, half the deal would be covered in Year 1.

Before Justify gets to work in the breeding shed though, he’ll be back out on the track.

The horse’s owners have promised to continue showing off the undefeated Justify before retiring him. That’s the same path taken by American Pharaoh, the 2015 Triple Crown winner, who ran in the Haskell Invitational, the Travers Stakes and the Breeders’ Cup Classic after winning the Triple Crown. The he retired to a career of baby making.

Continuing to run would allow Justify to potentially add to his $3.8 million in career winnings. But it could also lead to an injury, which would put his future as a sire at risk, the Times explains. And even if he stayed healthy, the winnings could be eaten up by the astronomical cost of insuring him.

“Insurance is the great denominator here because he’s worth more off the track than he’s worth on the track,’’ John Patrick Unick, the senior vice president of equine and self-insured risk for the Insurance Office of America, said of Justify. “The only way the industry can ever get their arms around keeping these horses around longer is properly structuring insurance.

So it might make sense then to send Justify right to the breeding shed so he can prepare for a busy summer of making babies. And in a few years, we’ll just might see one of them taking its own shot at the Triple Crown.