Kamaru Usman Vs. Jorge Masvidal At UFC 261: Who Ya Got?

Who will win Saturday night’s UFC 261 welterweight title fight? Go to VersusGame on your phone to vote now! 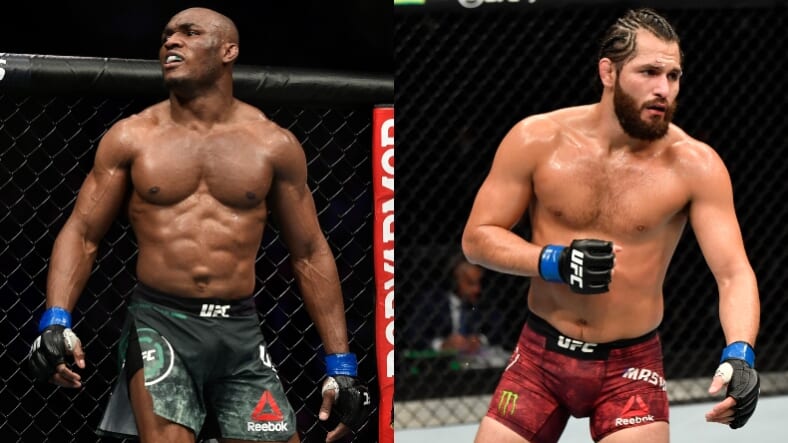 Who will win Usman Vs. Masvidal at UFC 261? Go to VersusGame on your phone to vote now!

The main event of UFC 261 is set to get started around 10 p.m. EST. The Usman and Masvidal rematch will cap a three-championship-bout card in the first UFC event with maximum fan capacity since the pandemic hit last year.

Usman won a lopsided decision victory over Masvidal last July in a fight both combatants took on about a week’s notice. But none other than former UFC heavyweight champ Daniel Cormier is giving “Gamebred” a shot to avenge his loss against Usman.

“I think that we’re gonna see a much better fight between these two,” Cormier said on ESPN’s DC & Helwani. “Is Jorge good enough to close the gap? I don’t know. It’s a tall hill to climb, man. Usman is as good as they come and Masvidal is going to have to fight the absolute perfect fight in order to beat him. But if anybody has that ability, it’s Jorge Masvidal.”

Who will win Usman Vs. Masvidal at UFC 261? Go to VersusGame on your phone to vote now!