Looks like Kendall Jenner Is Dating Blake Griffin, So Clippers Fans Should Prepare For the Dreaded Kardashian Curse

This is NOT gonna end well… 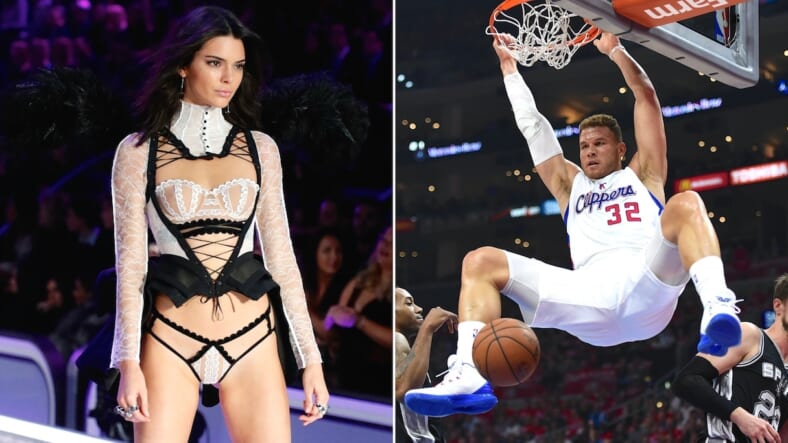 Aside from a getting a career-jeopardizing injury or being arrested for a major crime , the biggest setback a pro athlete can face just might be hooking up with a Kardashian.

Ignoring the countless football and basketball players whose careers have suffered after dating one of the reality series-spawned sisters, Los Angeles Clippers star Blake Griffin is reportedly now totally kicking it with supermodel Kendall Jenner.

Her last name may be different, but the fabled Kardashian Curse lives on.

Rumors started flying August 8th when Jenner and Griffin were spotted attending a Kendrick Lamar concert in Los Angeles together. They then hit Hollywood night spot Avenue after the show… and even left in the same car! Awww shit, it must be ON, people.

But tabloids really went into overdrive when they were spotted dining together at Craig’s restaurant in West Hollywood.

Congrats Blake Griffin! Looks like after a fun night with Kendall Jenner, his hate for the Kardashians may be gone. pic.twitter.com/oC2IWhGUij

This sounds like a budding celebrity romance if we’ve ever seen one. It also signals that Kendall has likely called things off with rapper A$AP Rocky, neither of whom ever confirmed the relationship.

Now that Adidas has decided Kendall Jenner is a worthy ambassador, it seems she’s making the switch from rappers to pro athletes.

The NBA is currently in off-season so Griffin has a few months to get it out of his system…. or perhaps suffer the same fate as disgraced hoops star Lamar Odom.

Houston Rockets baller James Harden even admitted that ending his fling with Khloé Kardashian helped him get his groove back. And let us know what Kim’s ex-husband Kris Humphries has been up to lately when you get a chance…

But really, how could Blake resist? Love ’em or hate ’em, you gotta admit that Kendall knows how to pose for a sexy pic….