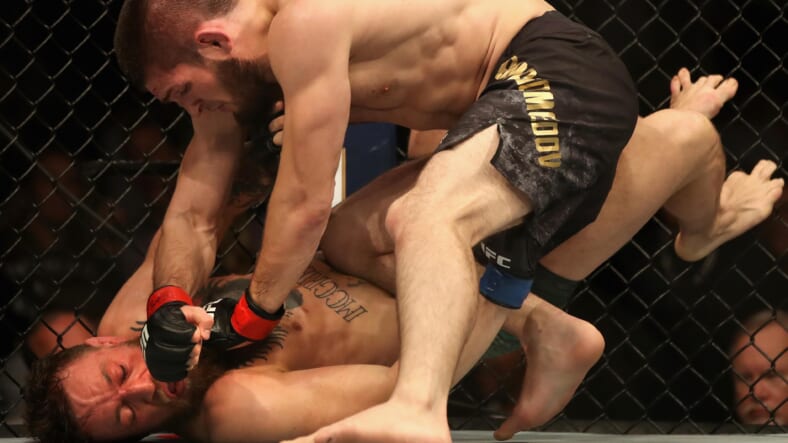 Khabib Nurmagomedov made two innocuous words sound absolutely terrifying as he delivered a devastating beatdown to Conor McGregor at UFC 229.

The 27-0 Russian wrestling specialist can be heard taunting McGregor in a 30-second video that’s gone viral on Twitter. Watch it above.

“We’re talking!” Nurmagomedov said while unloading a merciless flurry of elbows and punches onto McGregor’s body and face.

The brash Irishman, who has been heralded as a master of trash talk both in and out of the Octagon, didn’t make a peep until after the round ended.

“It’s only business,” McGregor told the Russian fighter, who quickly shot back with another, “Let’s talk!”

Of course, McGregor ended up tapping out of a brutal neck crank executed by Nurmagomedov in the fourth round of the lightweight championship bout.

Here’s how people are reacting to the clip on Twitter:

Ruthless, I love it..

This gave me goosebumps

McGregor may want a rematch, but we sure wouldn’t want to face “The Eagle’s” wrath more than once.