Who knew Kid Rock had these kind of skills? 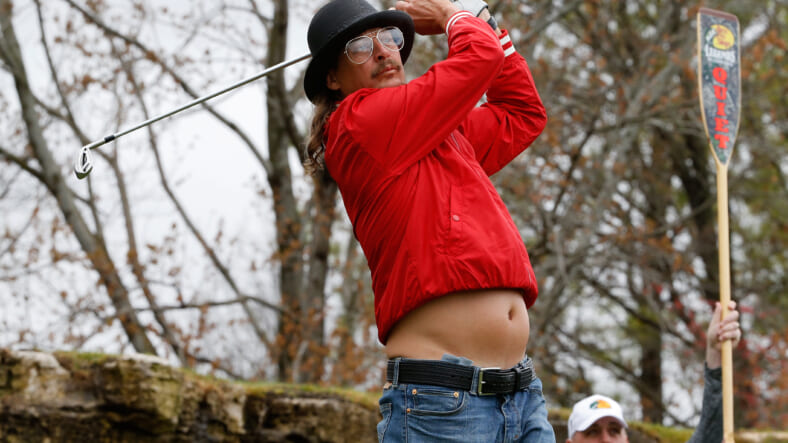 One of the consequences of a musician achieving fame early in life is that he’s stuck with the nickname he had as a young person. Few people know that as well as 47-year-old Robert James Ritchie, Sr., better known as Kid Rock.

The guy hasn’t been a kid in decades—and not just because he’s old. Kid Rock has long since embraced the trappings of middleagedom, from conservative politics to Hawaiian shirts. Further evidence of Kid Rock’s transition into Middle Aged Dude Rock arrived this weekend when he hit the links with golf legend Jack Nicklaus at the Bass Pro Shops Legends of Golf Celebrity Shootout in Missouri.

He wasn’t just screwing around. Kid Rock knows what he’s doing on the golf course, something made clear by this 40-foot putt that he sank with the Golden Bear watching over his shoulder.

This isn’t even the first time Rock and Nicklaus and teamed up on the course. Last year, Kid Rock joined Nicklaus to win the the whole damn thing.

“He hit the ball great,” Nicklaus said after last year’s tournament. “He told me he’s a member down there at (Florida’s) Bear’s Club, and I’ve never played with him before and he said he started practicing last week.”

Despite Kid Rock’s putt over the weekend, he and Nicklaus couldn’t capture the win once again, losing the tournament to Johnny Miller and Larry the Cable Guy.