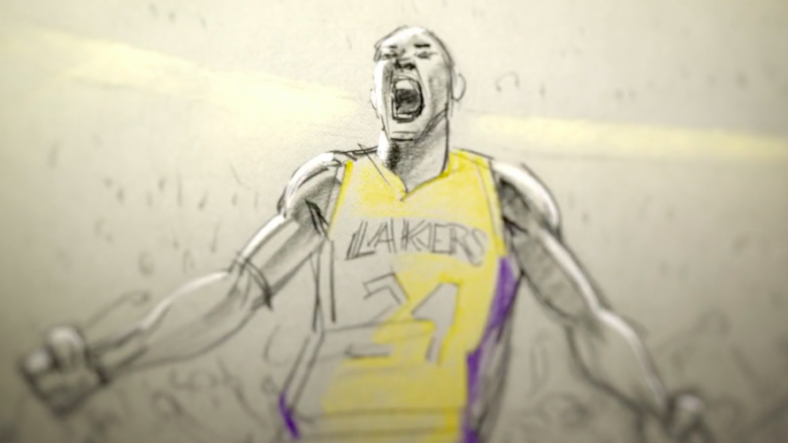 The five-minute animated short flim is based on poem of the same name that Bryant wrote in 2015 for The Players’ Tribune to announce his retirement from the NBA, reports Hypebeast.

Acting as a love letter to basketball, he retells his early passion for the sport — the blood, sweat, and tears he put in — and the eventual farewell to his life as a professional ballplayer.

“You gave a six-year-old boy his Laker dream/And I’ll always love you for it/But I can’t love you obsessively for much longer/This season is all I have left to give/My heart can take the pounding/My mind can handle the grind/But my body knows it’s time to say goodbye,” Bryant wrote.

Dear Basketball, which won Best Animated Short Film at the 2018 Oscars, is narrated by Bryant, directed and animated by Glen Keane and scored by John Williams, the legendary composer who worked on Star Wars, Raiders of the Lost Ark and Saving Private Ryan.

Meanwhile, it was also revealed that Bryant will be inducted into the NBA’s Naismith Basketball Hall of Fame class of 2020 this August.

NBA journalist Shams Charania shared the news via tweet, quoting HOF chairman Jerry Colangelo. “Expected to be arguably the most epic class ever with Kobe, Tim Duncan, and Kevin Garnett,” Colangelo shared. “Kobe will be honored the way he should be.”

Kobe Bryant will be a first-ballot enshrinement into the Naismith Basketball Hall of Fame class of 2020.

"Expected to be arguably the most epic class ever with Kobe, Tim Duncan and Kevin Garnett," HOF chairman Jerry Colangelo says. "Kobe will be honored the way he should be."

Bryant will be part of standard Hall of Fame screening process on Wednesday, with finalists in February at All-Star break and formal inductees at the Final 4 in April. https://t.co/OYFMwFIJxD

Bryant, a five-time NBA champion and the fourth-leading scorer in NBA history, will be formally announced along with the other 2020 finalists for on February 14 during All-Star Weekend.

The Hall of Fame induction ceremony will take place in Springfield, Massachusetts on August 29.