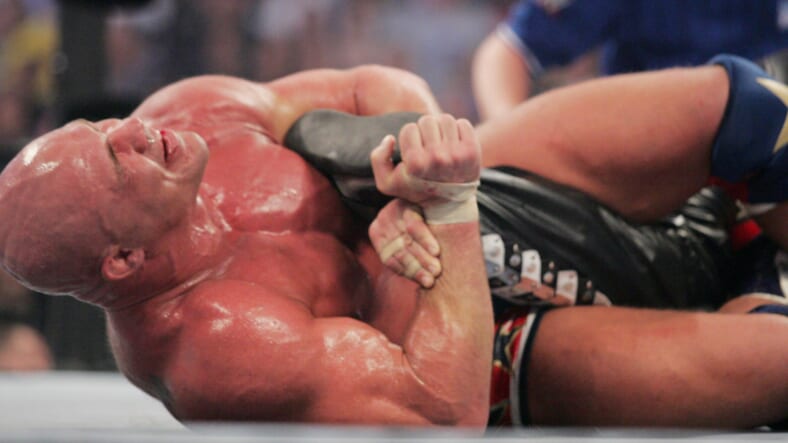 Legendary freestyle wrestler and former WWE superstar Kurt Angle will return to the ring for the first time since 2006. Even better: he’s coming back to fight in the annual Tables, Ladders and Chairs event.

WWE’s “TLC” pay-per-view event scheduled for Sunday has undergone two massive changes with news that both Roman Reigns and Bray Wyatt will be unable to compete due to an unspecified viral infection, and that Hall of Famer Kurt Angle will make his first in-ring appearance for WWE in more than 11 years.”

Alongside Tag Team Champions Seth Rollins and Dean Ambrose, Angle will take on the Miz, Sheamus, Cesaro, Braun Strowman and Kane on October 22 at the Target Center in Minneapolis, Minnesota.

The recent Hall of Fame inductee currently performs as the on-screen general manager of the Raw brand.

Hopefully Angle’s return won’t be a one-time deal, as there are plenty of fans aching to see him renew his epic rivalry with Brock Lesnar.