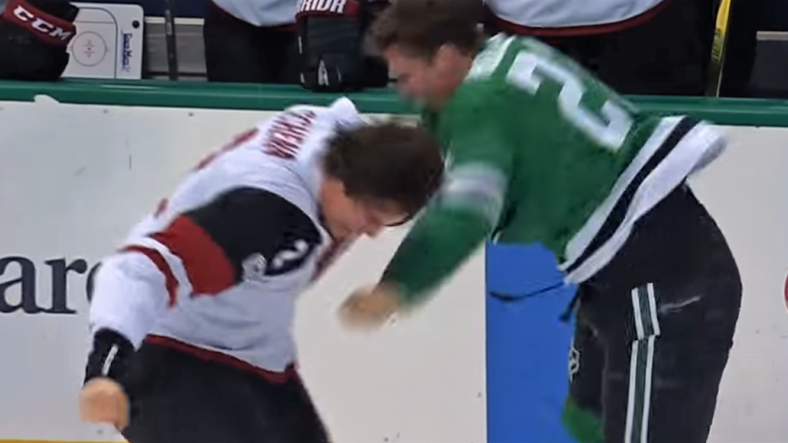 Pro tip: If you’re going to start a hockey fight less than two minutes into a game, don’t do it like this.

The widely-mocked “brawl” started when the Dallas Stars’ Antoine Roussel shoved Luke Schenn of the Arizona Coyotes. Both immediately dropped their gloves, failed to connect on a couple of half-assed punches, and began engaging in this nonsense:

Even the Stars’ play-by-play announcer couldn’t comprehend the ridiculousness of what he was seeing.

“That’s the wildest wrestling match I’ve ever seen. It’s like a teeter-totter!”

And that’s just in recent memory. Bleacher Report has rounded up an extensive list of the best hockey brawls of all time. Check out a few of our favorites below: