“They’re successful, but when they go to interviews, they act like f**king robots.” 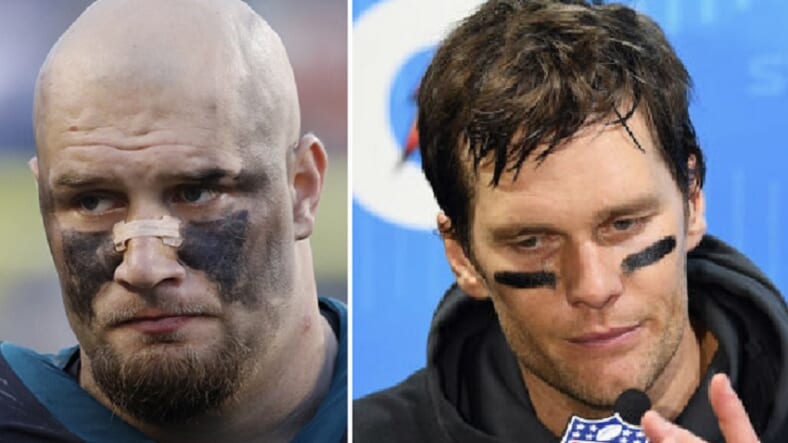 The New England Patriots, at least until Super Bowl 52, were a winning machine. They always did their job, marching down the field, making the plays.

Lane Johnson, an offensive tackle for the Philadelphia Eagles—the team that finally stopped the Pats cold—thinks that whole “machine” thing is the problem.

On Barstool Sports’ “Pardon My Take,” Johnson unloaded on the emotionless nature of the Patriots organization.

“They’re successful,” Johnson admitted, “but when they go to interviews, they act like fucking robots.”

“Hey,” Johnson continued, “stop being a dickhead. We can be cordial for a little bit. You only get to do this job one time, so let’s have fun while we’re doing it.”

“I’d much rather have fun,” he went on to say, “and win a Super Bowl than be miserable and win five Super Bowls.”

That wasn’t all the 6’6″ human wall had to say. “The Patriots way,” he said, “is a fear-based organization.” Johnson admitted the Pats have been perennial winners, but regarding the question as to whether anyone would ever say hitting the field with Brady and company was fun, Johnson said he didn’t think that would happen.”That’s just the God’s honest truth,” he said.

Seems a little unsportsmanlike, sure, but it’s not like Johnson ever liked Tom Brady, whom he’s called a “pretty boy” in the past.

We’ll see if the Patriots managed to upgrade their software and come back at Johnson and the Eagles in Fall 2018.