It won’t work, but it’s not a horrible idea. 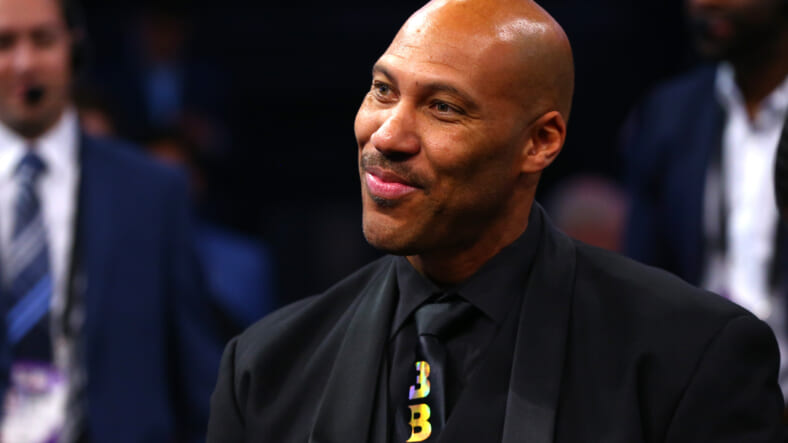 Lavar Ball likes to go big. But nothing he’s done to this point is quite as big as his next ambition: Starting a professional basketball league to compete with the NCAA.

News of Ball’s plans come from ESPN, which says he’s planning to field 10 teams of eight players for his Junior Basketball Association, which will play in major markets around the country.

The crux of this league, and the reason anyone might take it even half-way seriously, is that he plans to pay the players. The lowest paid, ESPN reports, would get $3,000 a month, while the highest paid would get $10,000 a month.

“Getting these players is going to be easy,” Ball told ESPN. “This is giving guys a chance to get a jump start on their career, to be seen by pro scouts; and we’re going to pay them, because someone has to pay these kids.”

Look, this is Lavar Ball, the man who entered the public consciousness because of his over-the-top proclamations, so any plan of his deserves a healthy amount of skepticism. But the idea of this league is a good one. Basketball players who want to go pro out of high school should have a venue for doing so. Today, they can go play overseas, then return to the U.S. for the NBA Draft. Ball is trying to provide an alternative for players who know they’ll only be in college for one year and want to start getting paid right away.

But there’s a difference between making sense and being a viable business. One need only look at the previous failed attempts to start NCAA alternatives to see that this idea isn’t exactly innovative and that it’s far from proven.

As Rob Dauster at NBC Sports notes, Ball might have a much tougher time recruting players than he thinks too. In addition to the financial benefits of playing in the NCAA, many of which come under the table, that one year kids spend on campus comes with perks.

High-major college basketball players still have it pretty good. They are heroes on campus, play in front of raucous arenas, fly private and get the best facilities to work out in while, potentially, receiving some tax-free cash and getting a chance to build a brand and a name while playing on national television every night. The latter is a good thing for NBA teams and for the shoe companies that will eventually end up paying stars massive endorsement deals.

Dauster notes another hurdle: the NBA itself. If the league ends its one-and-done rule, allowing top high school players to jump straight to the big-time, there would be no use for Ball’s league. And the bad news for Ball is that the rule might change before he even gets the ball rolling.