LeBron James Admits That He’s Cheap, Even Though He’s Worth $400 Million

“I’m not buying no apps. I still got Pandora with commercials.” 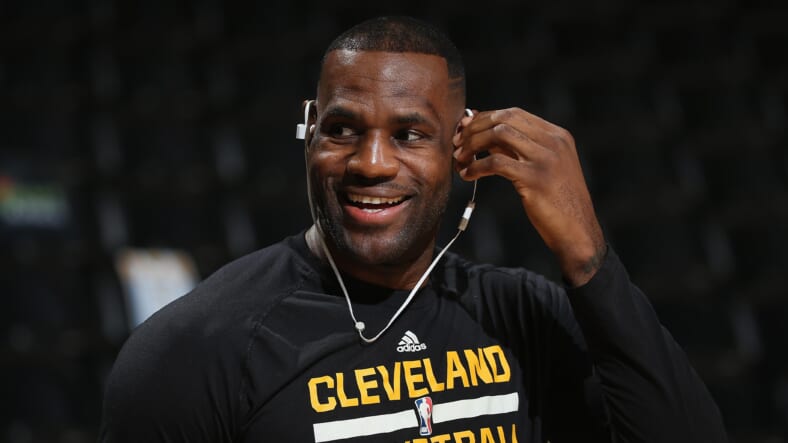 LeBron James’ $30 million annual salary has landed him atop Forbes’ list of highest-paid NBA players for three years running. But he still won’t shell out $5 a month for Pandora Premium.

The Cleveland Cavaliers megastar, who has an estimated net worth of $400 million, admitted to having hilariously frugal tendencies after being called out as one of the cheapest players in the league by teammate Dwayne Wade.

“I’m not buying no apps,” James told ESPN’s Rachel Nichols. “I still got Pandora with commercials.”

Some Twitter users said that the comments were scripted to give James good PR.

I can attest to this as a true statement…I hate when the commercials come on during weights smh #theytriiidit https://t.co/2BbDpTFwDX

That’s how u stay rich @KingJames

@KingJames knows what being poor is like, puts his money into the right places, and I hate #basketballIQ as a term. He's just INTELLIGENT!

While it may seem ridiculous that a guy with a garage full of exotic cars won’t pay to stream music, he at least has a phone with that capability.

The same can’t be said about NBA Hall of Famers John Stockton and Karl Malone. The former Utah Jazz teammates, both of whom are multi-millionaires, have been spotted multiple times rocking the pre-21st century technology of flip phones.

Hey, at least these guys probably won’t end up in Johnny Depp’s shoes.