World’s Most Obnoxious Basketball Dad Lavar Ball to LeBron James: ‘Come Do Something’

Their war of words is escalating quickly. 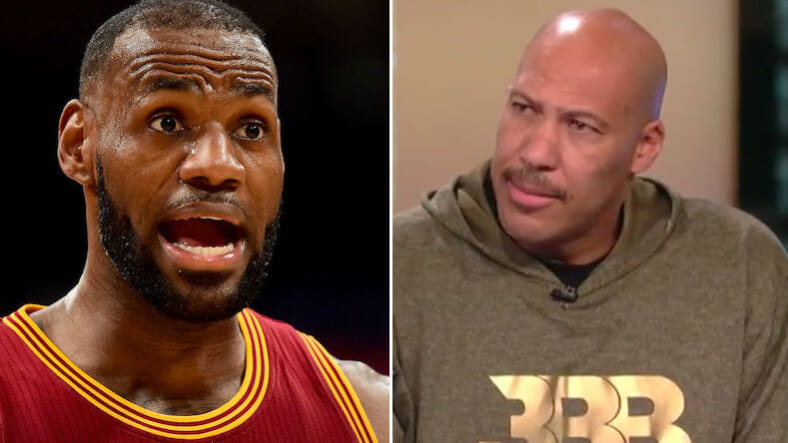 Most Americans will recognize one of the faces above. Those of us who incessantly follow sports knows know both.

That’s LeBron James on the left. Everyone knows that. On the right is Lavar Ball, the father of UCLA’s star point guard Lonzo Ball, who’s enjoying his moment in the sun thanks to his son’s success and his inability to shut up.

Ball has, for reasons unclear, started a bit of a beef with LeBron James and he used an appearance on ESPN’s “First Take” this week to escalate it to a place where he now appears to be challenging James to a fight.

That set off LeBron. He wasn’t upset about Ball’s take on the future of his two sons. He was upset that this stranger was talking about his sons at all. “Keep my kids’ name out of your mouth. Keep my family out of your mouth,” James said. “This is dad to dad. It’s a problem now.”

That leads us back to Ball’s appearance on “First Take,” where he thought it wise to warn LeBron that “he’s talking to the wrong dude” and then told him to “come do something.”

Honestly, LeBron shouldn’t even respond to this. He made his displeasure with Ball known and any more attention will just be giving him what he wants—attention. LeBron beefing with Ball is like a lion beefing with a grasshopper. It’s just unfair, and even if you’d love to see that grasshopper get stepped on, the lion shouldn’t punch that far down.