“Find your zone and just stay f*cking locked in.” 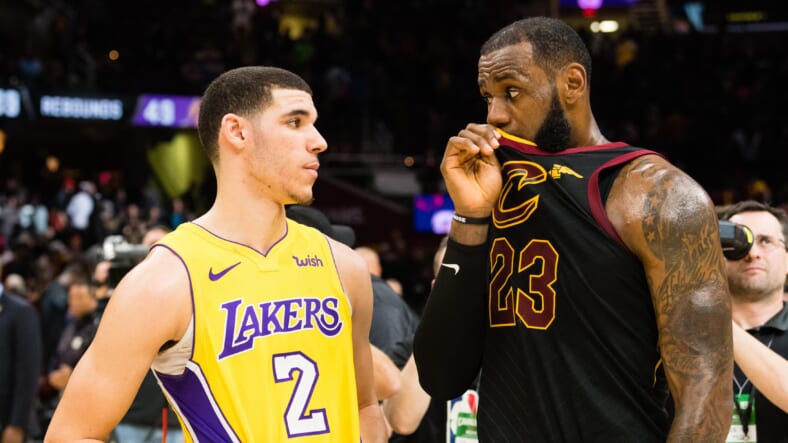 That mysterious exchange between LeBron James and Lonzo Ball has finally been revealed.

Shortly after the Cleveland Cavaliers defeated the Los Angeles Lakers 121-112, the basketball megastar approached his rookie opponent on the court.

James clearly meant to keep what he said private by pulling his jersey over his mouth, but a hot mic allowed a keen-eared redditor to pick out the statement.

“Find your zone and just stay f*cking locked in,” James said. “The media is going to ask you what I told you right now … Just be aggressive every single day … It’s white noise. That’s all it is. Alright?”

Despite LeBron’s previous beef with Ball’s obnoxious father, it’s nice to see that he thinks enough of the 20-year-old to offer some sound advice.