OK, but is Jesus playing in sandals? 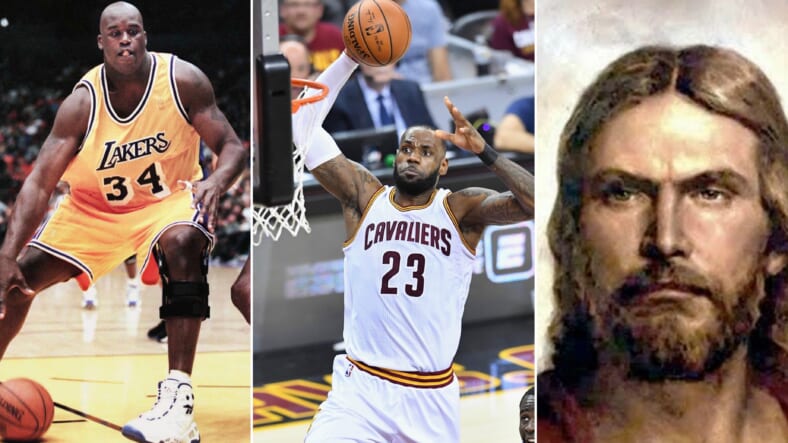 Before anyone starts going totally nuts about this, he was clearly joking.

But, yes, in an interview on the Road Trippin’ Podcast, basketball god LeBron James tells fellow Cleveland Cavalier Channing Frye that, indeed, only two other individuals who ever walked the Earth would be able to score on him.

LeBron: There’s only three people in this world that can score on me in the post: Shaquille O’Neal in his prime—who else was it? Oh, it’s two. And Jesus Christ.

Frye: What about the Dalai Lama?

LeBron: Nah. Only Jesus Christ and Shaquille O’Neal in they prime.

Maybe LeBron is feeling a little vulnerable and insecure after his Cavs lost to the Golden State Warriors in the recent NBA Finals. To wit, he also dropped this aggressive insta showing of his badass new bald look.