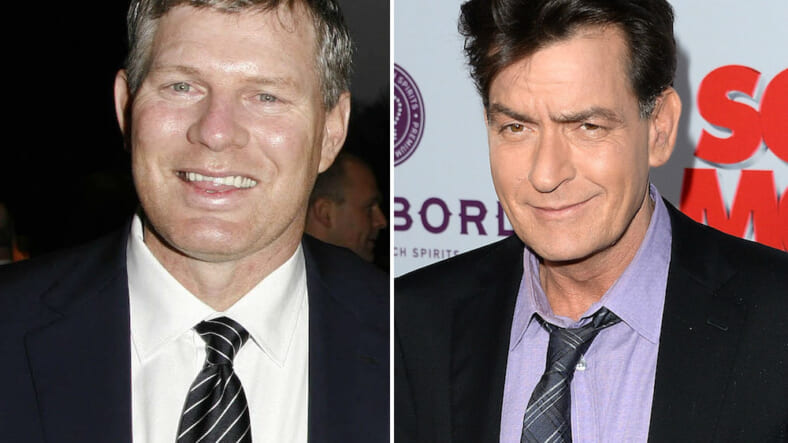 Former Mets and Phillies outfielder Lenny Dykstra has a lot of wild stories. There are the ones about putting HGH in his cereal, working as a male prostitute and trying to get laid by Lena Dunham, to name a few that we’ve covered over the years.

But a tale Dykstra tells The Hollywood Reporter in a recent interview might eclipse all the rest when it comes to sheer absurdity. Charlie Sheen, who is an old friend of Dyskstra’s, had a former assistant murdered, the ex-con and former All-Star said.

Dykstra told THR that when he got out of prison in 2013 and met back up with Sheen, he asked the actor about the death of Rick Calamaro, who overdosed in 2012.

After he got out of jail, says Dykstra, he asked Sheen, “What the fuck happened to Calamaro?” who had overdosed while Dykstra was in prison. “He said, ‘You mean Dead Rick? What fucking happened is the motherfucker tried to blackmail me just like you said — wanted $5 million. I had him fucking iced.’ He said he had a hot dose put in there,” using slang for a lethal intravenous injection prepared for an unsuspecting victim.

As THR is careful to note, Dykstra doesn’t back up the claim with any evidence. Sheen’s lawyer also denied the “disturbing, vile and outright ridiculous claims.” And Tony Todd, a close friend of Sheen’s said even if Charlie had done such a thing, he’s “not going to tell it to Lenny Dykstra!”

The man known as Nails also said that Sheen failed to tell sexual partners about his HIV diagnosis, an accusation that at least two women have also made.

The way Dykstra sees it, his old friend is about to be taken down. He believes, THR reports, that “Sheen is on the verge of being prosecuted, in a roundabout way, for knowingly spreading his HIV — and that the actor is under federal investigation for tax and wire fraud.”

It’s only natural to question Dykstra’s motives in selling out Sheen. What does he hope to gain? Turns out, he wants to make a movie about the actor. “There are so many people to interview, from prison guards to my [private plane] pilots to pussy,” he said.

And he’s not worried about his old friend suffering becuase of it. “Charlie is getting what he deserves,” Dykstra said.