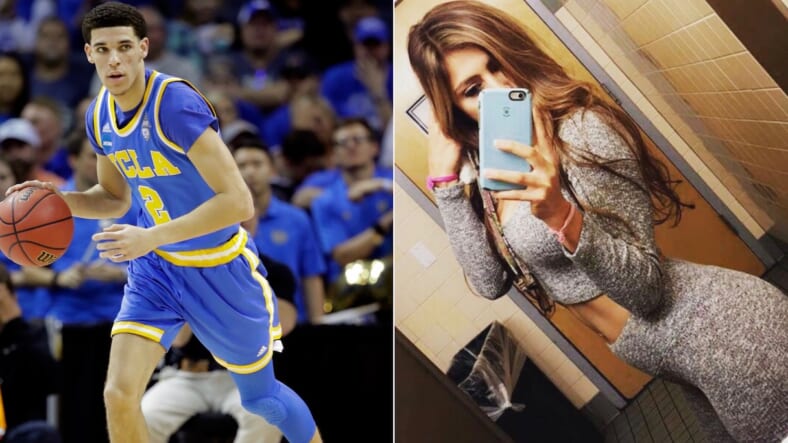 A Los Angeles sports prophecy was fulfilled when 19-year-old Lonzo Ball was drafted by the Lakers with no. 2 pick.

It all played out exactly how his famously outspoken father LaVar Ball had said it would since Lonzo was just a kid with big hoop dreams. Lonzo doesn’t owe his infamous pops any favors though: he became a star point guard at UCLA in his own right.

Regarding Ball’s prowess on the court, The Los Angeles Times said:

No, he’s probably not better than Stephen Curry just yet, but Lonzo Ball definitely has the skills to excel at the next level. As a pass-first point guard, Ball has supreme court vision and basketball IQ, which complements his deadly outside shot. His 8.1 assists per 40 minutes ranks second out of all players in the draft, but he’ll have to cut down on his 18% turnover ratio to lead an efficient NBA offense.

He clearly has game outside the court, too.

Ball is in a long-term relationship with UC Riverside athlete and serious hottie Denise Garcia.

We’ll be keeping a close eye on this budding hoops legend, and looking for his girl in the sidelines.