“His father put him in a lion’s den with some pork chop drawers on.” 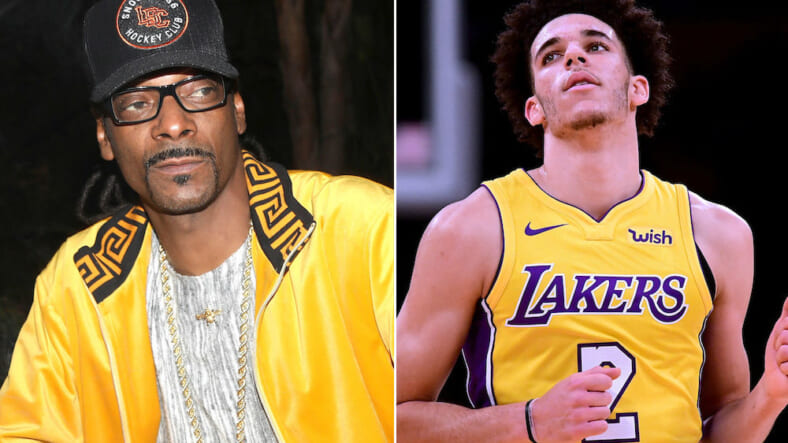 Lavar Ball has given his son Lonzo so much in his brief time on this earth. He’s fed him, clothed him, helped him develop his skills on the court and made him the most famous rookie in all of basketball.

But along with all the positives, comes at least one glaring negative. Lavar has also put a target on his son’s back. And in Lonzo’s NBA debut, notoriously scrappy Clippers point guard Patrick Beverley showed that veterans around the league are going to come after the 19-year-old whose father has already dubbed “the best player in the world.”

Beverley was gleeful after the game, when he was heard celebrating the Clippers’ 108-92 win and Ball’s three-point, four-assist night with many an expletive.

Patrick Beverly as he walked into the locker room: "Fucking win. Weak ass motherfuckers. Don't put that mother fucker on me."

Beverley was more subdued in his on-video interviews after the game. He said Lonzo is going to face more of this because of what his “dad brings.” Lucky for Lonzo, he won’t face many opposing guards as professionally irritating as Beverley.

ESPN also made sure a microphone was shoved in Lavar’s face after the game because they knew he’d say something outrageous. He did not disappoint.

“Yeah, you shut the m—–f—– down,” LaVar Ball told ESPN after the game. “And your check still ain’t going to go no higher than what it is. Yeah, you shut him down. OK … Who is Patrick Beverley? He played all last year and nobody said nothing about him. Now we are looking at your first game. Why? Because Lonzo’s name is attached to it.

Stephen A. Smith also asked Lavar if he accepted any responsibly for the target on his son’s back. He said he’s glad Lonzo’s got a target and that he wants players going up against him to be motivated. And while there’s nothing wrong with that sentiment, Lavar might want to spend some time making sure Lonzo is prepared for what’s coming his way. Because on Thursday night, as Snoop so eloquently put it on TBS after the game, Lavar put Lonzo “in a lion’s den with some pork chop drawers on.”

Snoop on Lonzo: "His father put him in a lion's den with some pork chop drawers on" pic.twitter.com/oLFLc2qQ4J