‘Macho: The Hector Camacho Story’ Goes Inside The Wild Life and Tragic Demise of Boxing’s Most Flamboyant Star

“The brighter the lights, the darker the shadows.” 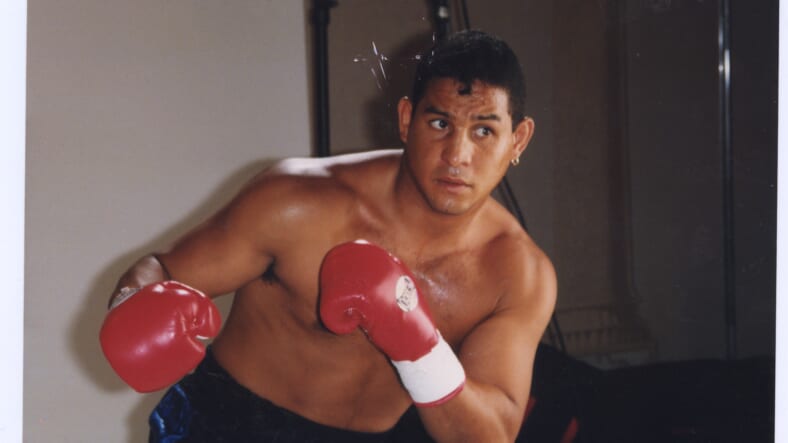 Long before the brash braggadocio of Floyd Mayweather or the outlandish ring walk costumes of heavyweight Deontay Wilder, there was the Macho Man. Throughout the 80s and 90s, boxer Hector “Macho” Camacho was a household name.

Inside the ring, the Puerto Rican-born fighter employed a combination of blazing speed, power, accuracy, movement, and ring intelligence to earn three world titles in three different weight divisions. Outside the ring Macho Man was a “pure-blooded” entertainer, from his notorious banter and boasting to the outrageous costumes he wore that included a Roman soldier and a Puerto Rican superhero.

Yet there was much more to Camacho than the public persona. “He was a brilliant fighter, but he was also a cocaine addict,” says veteran boxing promoter Lou DiBella. “There was a darkness to him.”

A darkness that came to a tragic conclusion in 2012 when the 50 year-old Hall-of-Famer was shot to death while sitting in a parked car in Bayamon, Puerto Rico. The murder has yet to be solved.

On December 4th, Macho: The Hector Camacho Story, premieres on Showtime (9 p.m. EST). Filmmaker Eric Drath spent a good portion of two years working on the documentary in Puerto Rico, which proved to be as dangerous as fighting in the ring.

“We almost got shot,” recalls Drath. One night while shooting in the infamous La Perla barrio, his crew was suddenly cornered by gun-toting locals.

“If we hadn’t been with Hector Camacho Jr. (Macho’s son), I don’t know what would have happened.” While the film dives into the murky details of Camacho’s death, Drath also knew he had to celebrate the former champion’s legacy.

“He was bigger than life,” says the filmmaker, who met Camacho several times while working as a journalist in the 90s. “An incredible athlete with an infectious charisma who was fantastic for the sport.”

Yet DiBella (an executive producer on the film), like many boxing experts, thinks that the Macho Man’s addictions cost him the chance to realize his full potential. To become one of the greatest ever.

“It’s hard to truly assess his career because of all of his demons,” says Dibella. “He spent a lifetime fighting opponents and fighting himself.”