‘Marlins Man’ to New Marlins Owner Derek Jeter: ‘Do You Know Who I Am?’

The Yankees legend took questions from Marlins fans and it did NOT go well. 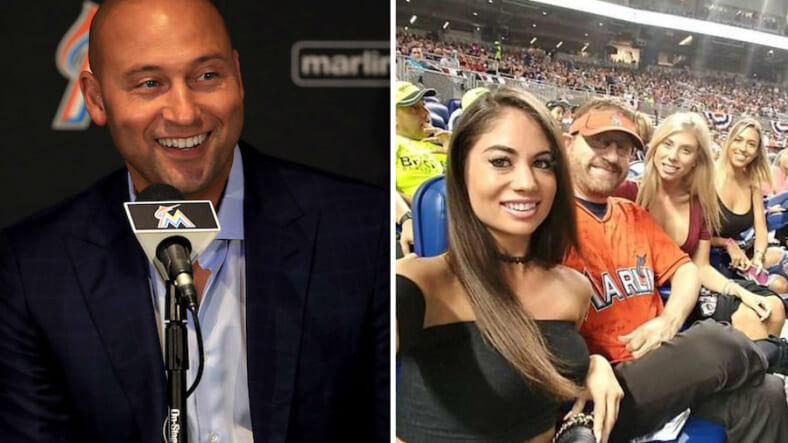 Derek Jeter is only a few months into his new job as the face of the Miami Marlins new ownership group, but it’s clear the honeymoon is over.

In late September, when the sale was finalized, Marlins fans had reason to celebrate. Jeffrey Loria, one of baseball’s greediest owners, was out the door and he was being replaced by one of the most popular players of the past 25 years. Their team was decent too, with a budding crop of talented hitters and the best slugger in the entire game.

My how things have changed. Earlier this month, the Marlins traded Giancarlo Stanton, the best power hitter in all of baseball, for a good shortstop, some middling prospects and some serious salary relief. Then they traded Marcel Ozuna, their second best slugger. Now, J.T. Realmuto and Christian Yelich, the team’s best two remaining players, are begging for a new team.

Naturally, the fans are not pleased, and on Tuesday night Jeter held a town hall meeting with season ticket holders so they could voice their concerns. One of the fans who showed up was the vaunted Marlins Man, that orange-clad spendthrift who shows up behind home plate of every big baseball game, and he big leagued the former big leaguer.

Marlins Man now addressing Jeter. Asks Jeter, “do you know who I am.” Jeter says, “I’ve heard of you.”

Marlins Man also offered Jeter a chance to ride around in this tricked out, bright orange Marlins car. Jeter declined.

The whole event sounds like it was a disaster for Jeter, who must be thrilled that he gave up a life of leisure to get yelled at by a bunch of crazed baseball fans.

Fan tells Jeter it’s ironic that town hall meeting is being held behind Budweiser Bar in left field, because there won’t be a ball hit in the area by the home team next year. #marlins

Jeter asks fans to be patient. One older man tells him he doesn't have that many more years.