Beast Mode is back. 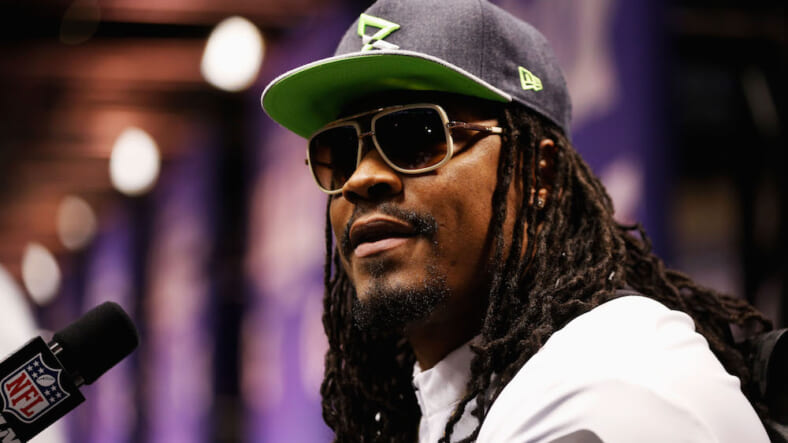 The Seahawks, who retained the Marshawn Lynch‘s rights after his retirement last February, have agreed to trade the headline-grabbing running back to the Oakland Raiders, according to NFL.com. Now all that’s left is for the 31-year-old to pass a physical with the Raiders and he’ll officially be a member of his hometown team.

In Lynch, the Raiders are getting one of the most accomplished running backs of the past decade. Over the course of his nine years in Seattle and Buffalo, Lynch racked up six 1,00-yard seasons, 74 rushing touchdowns and one Super Bowl ring. His stats put him in in the discussion for the Hall of Fame, but his out-sized personality and ability to break off earth-rumbling runs make him one of the most entertaining players in recent memory.

Here are the six most awesomely Beast Mode reasons why we’re psyched for his comeback.

1. More crotch grabbingYes, he was fined for this. Don’t expect that to stop him from doing it again.

2. More screwing with the media“I’m here so I won’t get fined,” may have been his greatest hit, but Lynch has had plenty of entertaining moments with members of the sports media. Like this video here:

3. More adsHe may be a total headache for the media, but Lynch knows how to turn on the charm when he’s getting paid to be on camera.

4. More NFL idiocyThe NFL told Lynch he’d be ejected from the game if he tried to wear these in the NFC Championship. We appreciate anything that make the NFL look dumb and there’s little doubt Lynch will continue needling the league.

5. More beastly runsAs fun as he is off the field, it’s stuff like this that made Lynch a superstar.

6. More viral mash-upsLynch’s discussion of his famous “Beast Quake” run, above, provided the audio. The photographers for Planet Earth II provided the video. Mash it all up and you get this stone-cold brilliance.