A Bull Broke This MLB Pitcher’s Elbow, So He Killed and Ate It 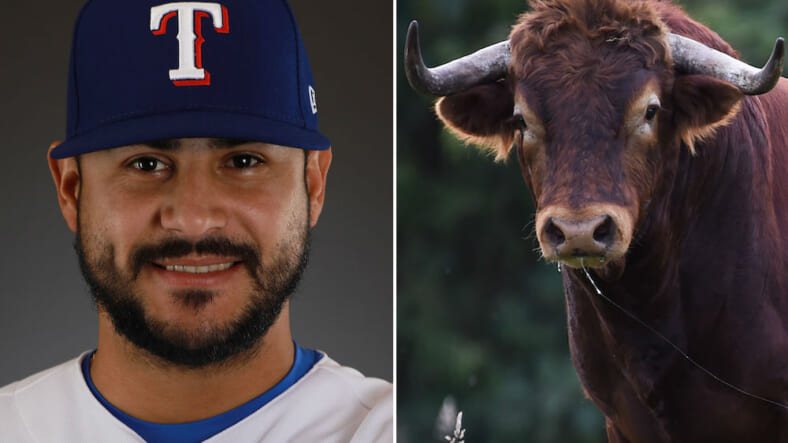 During the off-season, Texas Rangers pitcher Martin Perez likes to return home to Venezuela and tend to his ranch. After bouncing around the States for 162 games, it’s a relaxing second job. But it can also be dangerous.

In December, Perez broke his elbow when he was charged by a bull and dove off a fence to escape a goring. The injury, which was to his non-throwing arm and not nearly as bad as some of the bull-inflicted damage we’ve seen before, required surgery.

Now Perez is on the mend and the lefty looks on track to re-join the rotation in time for opening day next week.

The bull, however, will not get to see any of the 2018 MLB season. As Perez told reporters this week, after the animal injured him, he had it slaughtered and then he fired up the grill.

“I killed him and I ate him,” Perez said.

The deicsion to get the ultiamte revenge on the beast came after elbow surgery in Texas, he said.While on his way home to Venezuela, he called his brother and ordered the hit.