She’s never gonna get it. 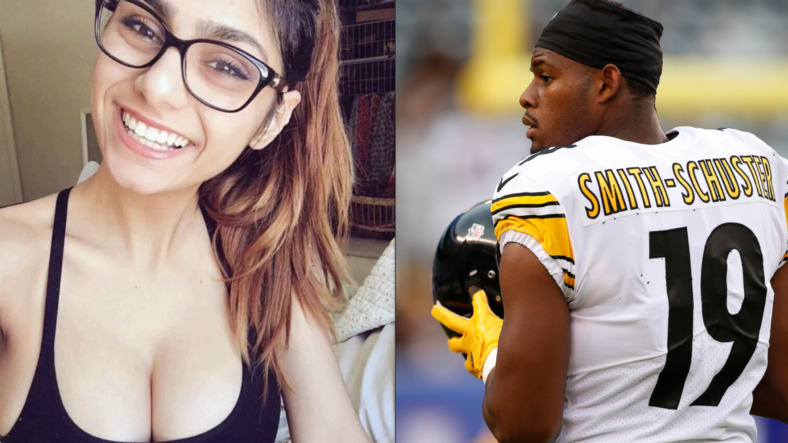 Any athlete who mingles with Mia Khalifa on social media and expects it to go well is probably being played for a damn fool. JuJu Smith-Schuster is not a fool.

The 20-year-old rookie may be the youngest player in the NFL, but he’s definitely wise beyond his years.

“Oh hell nah, I’m not fallin for this lol,” he responded. “I’m young not stupid.”

Props for your prudence, JuJu, especially because you followed up with the greatest GIF we’ve seen in a long time.

This one too good y’all too crazy 😂😂😂 pic.twitter.com/zWcLmB4vHs

Regarding Smith-Schuster’s bike—it’s reportedly been recovered. Yahoo Sports has more on that breaking development:

A man contacted the station late Tuesday night to say that he had purchased the bike on the street earlier in the day for $200. The Mount Oliver Police chief said the man saw the story of the bike theft on the news, and knew who it belonged to when he saw it. He wanted to turn it over to police.It’s expected that Smith-Schuster will be reunited with his bike on Wednesday afternoon.

Plot twist: Mia Khalifa had his bike the whole time.