Spurs coaching legend Gregg Popovich, who has a woman on his staff, disagrees. What do YOU think? 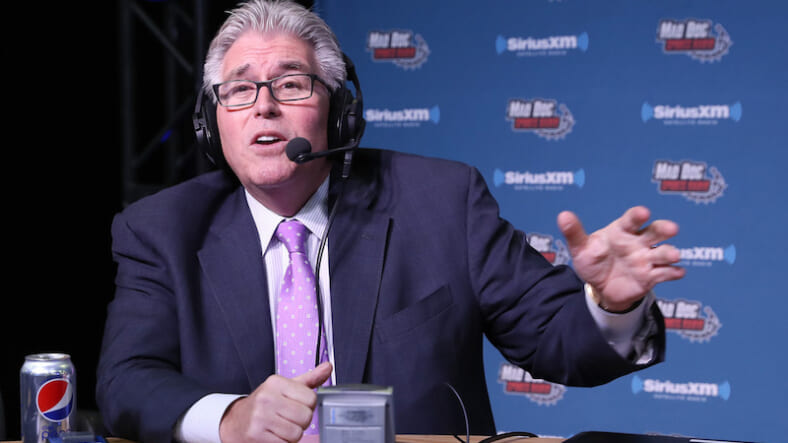 Professional blabbermouth Mike Francesa, an institution in New York City sports talk radio, has never come across as a particularly enlightened dude. So when a caller asked him last week about the prospect of a woman coaching in the NBA, his response was somewhat predicable.

Francesa kept going, saying it’s a “million-to-one” shot that a woman could coach in the NBA and that “it’s not something that makes sense to even aspire to.”

It’s predicability didn’t make Francesa’s opinion take any less galling though, especially when you consider the progress women have already made in breaking through to traditionally male roles in the NBA. There are now women working in the NBA as refs, executives and yes, coaches.

Becky Hammon, a six-time WNBA All-Star, is an assistant coach for the San Antonio Spurs, one of the best run franchises in the league. And in the summer of 2015, she was the head coach for the Spurs summer league squad. How’d they do? They won the championship.

“Obviously, she was a great player. As a point guard, she’s a leader, she’s fiery, she’s got intelligence, and our guys just respected the heck out of her, so she’s coaching with us, she’s running drills. That’s why we made her a full-time coach and gave her the opportunity to coach at summer league.”

Francesa doubled-down Monday when pressed on his dumb opinion and he kept spouting off things that Hammon and Kings assistant Nancy Lieberman have already disproven, suggesting that a woman couldn’t handle a locker room full of men and that the job would simply be too “difficult.” Then he said any woman who becomes an NBA head coach would be a “publicity stunt.”

What does the notoriously grouchy Pop think of Francesa’s comments? He thinks they’re “nonsense.” Others were less restrained in their critique of Francesa.

It couldn’t be more obvious that Francesa is wrong. Hammon and Lieberman have the knowledge, authority and respect to coach an NBA team today. That doesn’t necessarily mean it will happen soon, but one sports writer is willing to bet that it does. Jason Gay of the Wall Street Journal offered to bet Francesa $1000 that Hammon is an NBA coach in the next five years. No word yet is Francesa has taken him up on it.

Mike Francesa thinks Becky Hammon won't be an NBA head coach. I'll bet him $1000 she will within 5 years. For @WSJ: https://t.co/1HQQRtzYpT