Iron Mike knows what it’s like to lose a lot of cash. 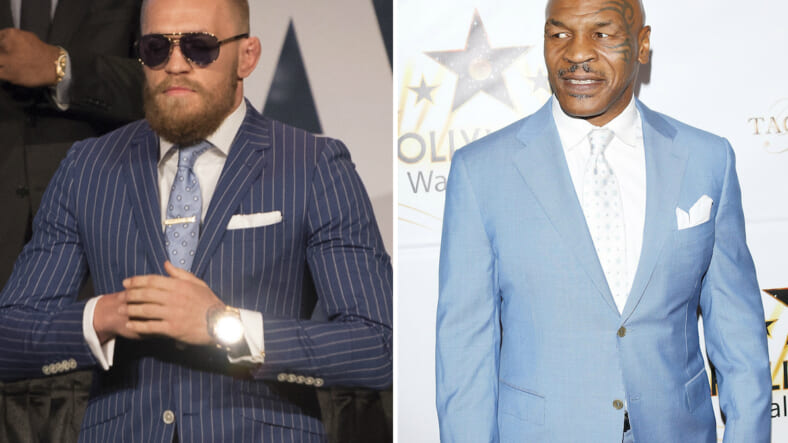 Mike Tyson may seem like the last person on earth who should be doling out financial advice, but he’s not. There are plenty worse people. Like, say, a five-year-old. Or a twenty something with a humanities degree who lives with his parents. Tyson may have blown hundreds of millions of dollars, but actually makes him worth listening to. He’s had it all and lost it. Maybe he’s learned from his mistakes.

Sitting cage-side with the baddest heavyweight in all of combat sports, IRON @MikeTyson!!! pic.twitter.com/eqSFJxynw3

In fact, it seems he has. In a recent interview, Conor McGregor’s coach John Kavanaugh shared some advice that Tyson recently passed on to the UFC superstar. “If it depreciates, lease it. If it appreciates, buy it,” Tyson told McGregor, according to Kavanaugh. “Not that [Conor] listened – he bought 25 cars the next day!” the coach added.

Tyson could have used his own advice back when he was young and rich. The former heavyweight champ has reportedly squandered somewhere in the neighborhood of $300 million over the course of his life. A healthy chunk of that went to the more than 110 cars he bought.

Since then, Tyson has clearly given some thought to smart financial practices and studied the wise words of J. Paul Getty, the early 20th century industrialist who was once the richest man alive. Getty is the the one who first spoke the words that Tyson passed on to McGregor. No, Iron Mike didn’t come up with it himself.