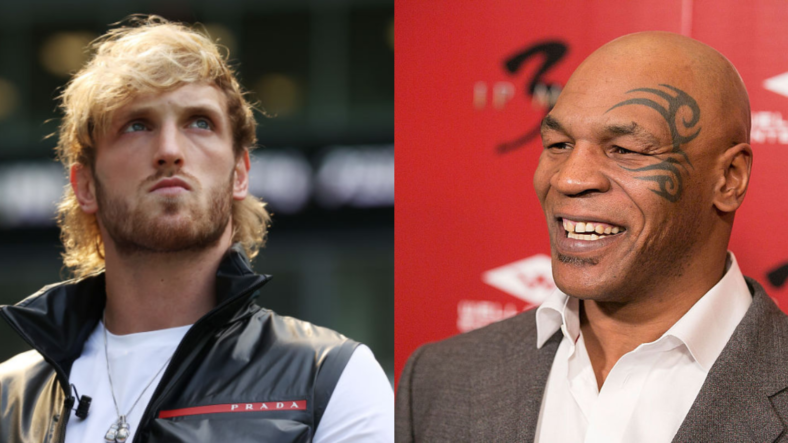 Mike Tyson is 55. So he’s not a young man with something to prove and could relax if he wanted. Yet multiple sparring videos—as well as exhibition matches in recent years—have made it clear that Iron Mike isn’t as rusty as you’d think. The former heavyweight champ can still move with impressive speed and seems to still pack plenty of the sheer punching power that made him a legend when he rocketed to stardom at age 19.

Tyson is in good enough shape that he admitted on a recent episode of his podcast, Hotboxin’ With Mike Tyson, that he’d be willing to take on Youtuber-turned-boxer Logan Paul in the ring.

It’d be easy to get into a discussion now about how Paul has a solid height and reach advantage and youth on his side. Tyson, however, was clear on his motivation, regardless of his potential opponent’s advantages: money.

Tyson’s guest for the podcast was rapper Freddie Gibbs, who initiated the Paul-related part of the conversation by telling Tyson he is over celebrity exhibition matches. Gibbs said he was “sick of seeing of all these Jake Paul fights and all that type of shit.”

Tyson called those matches “money” fights. He continued, “Those are the fights that make the money. Those guys have 75 million people watching them.”

When Gibbs asked Tyson if he might fight Jake or Logan Paul, Iron Mike was forthright. “Hell yeah,” he said, “…that would be a lot of money.”

According to Tyson, Paul—who after all managed to survive eight rounds with Floyd Mayweather—would likely accept a challenge from him. “$100 million bucks? They’ll do anything,” he said.

Logan Paul has already demonstrated a lot of confidence that he could handle Tyson in the ring, saying his “lawyer mentioned” fighting Tyson and then rejected the idea, telling Paul “‘Nah, Tyson will rip your head off, you don’t stand a chance.”

It’s true that 55 is old for anyone in combat sports, but should Paul decided to take on Tyson anyway, it’s a sure bet the first thing his trainers will do is send him to videos like the one above, uploaded to Youtube just one month ago. In it, Tyson is sparring with alarming speed and focus.

A match might be worth it just so Logan Paul could brag about withstanding blows from one of the most formidably brutal fighters in boxing history.