Iron Mike also had some harsh words for Conor McGregor. 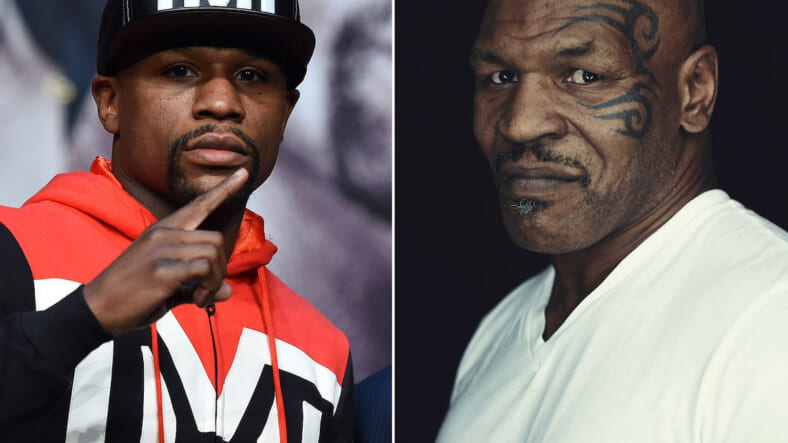 A couple years ago, as he was prepping for his mega fight with Manny Pacquiao, Floyd Mayweather went on TV and said he was better than Muhammad Ali. This was pretty big news at the time becuase it was the dumbest thing that Mayweather had ever said, and this dude has said some colossally dumb shit over the years.

But what didn’t make big news was Mike Tyson‘s response to Mayweather. For some reason this week, the Twitter user @EditinKing shared the actual video of Tyson trashing Mayweather and it’s gone viral. Speaking in the lead up to the Mayweather vs. Pacquiao fight, Tyson says Mayweather is “very delusional,” and calls him a “very small, scared man.”

Here it is, in case you missed it.

More recently, Tyson has weighed in on the fantasy fight between Mayweather and Conor McGregor.

On Sirius XM radio this week, he was asked about Oscar de la Hoya‘s recent suggestion that the fight would ruin boxing. Does Tyson also think a fight between boxing’s most famous fighter and the UFC”s biggest star could destroy the sport?

Iron Mike thinks it might. “Only way it can ruin boxing is if McGregor goes and boxes Floyd because he’s going to look really ridiculous boxing him,” he said. “But if he goes in there with the UFC stuff, now this could be pretty interesting.”

As anyone who’s been paying attention to this story knows, McGregor would not be able to use any “UFC stuff.” If this fight ever happens, it will be pure boxing, and as Tyson says, McGregor would look like an idiot.

I can only think of one person who might disagree with that.