Here’s Why The Mike Tyson Vs. Roy Jones Jr. Fight Was Postponed Until November

Looks like we’ll have to wait a bit longer to see Iron Mike’s return to the ring. 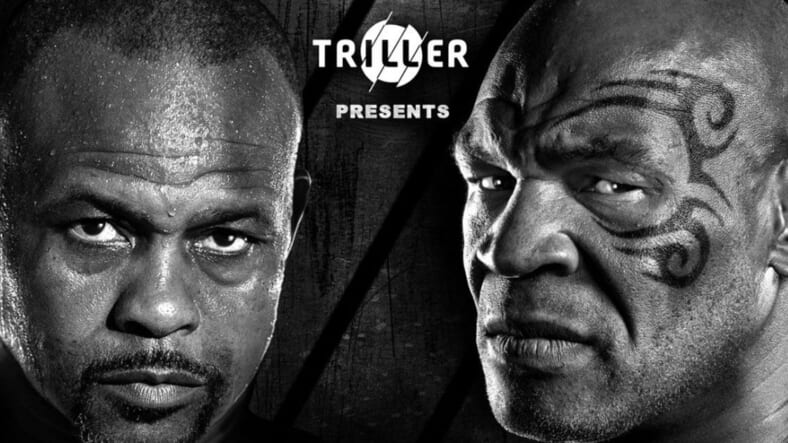 The heavyweight exhibition fight between legendary boxers Mike Tyson and Roy Jones Jr. will be pushed back from its original Sept. 12 date to Nov. 28.

The fight, which is set to be held at Dignity Health Sports Park in Carson, California, will be streamed on pay-per-view by Triller, which recently shared an Instagram video of Tyson in pre-fight mode.

ESPN reports that organizers needed more time to iron out international TV deals related to the pay-per-view event, which is now said to be tentatively rescheduled for two days after Thanksgiving:

The source confirmed that the organizers of this event needed more time to secure international television deals and tie up loose ends in regards to the pay-per-view.

“Changing the date to November 28th will give more people the opportunity to see the biggest comeback in boxing history,” Tyson said in a statement to TMZ Sports.

Triller says the move was made to accommodate a larger audience than originally anticipated.

“Given the enormous interest, the holiday weekend will make this historic battle an even bigger viewing event,” the company says, via TMZ Sports, “marking the first live Pay-Per-View event brought to the world by Triller as the first of the ‘Triller Battles’ series.”

Tyson, 54, was once considered “the baddest man on the planet” during his terrifying reign as heavyweight champion. He knocked out Trevor Berbick in 1986 at age 20 to become the youngest heavyweight champion in history and held the undisputed title from 1987 to 1990, and later regained title belts in 1996. Tyson’s last fight was in 2005, when he was stopped by a relatively unknown Kevin McBride in six rounds.

Jones, 51, was considered boxing’s best pound-for-pound fighter in his prime, and won titles at middleweight, super middleweight, light heavyweight and heavyweight. Jones’ last fight was in 2018, when he won a decision over Scott Sigmon.

Andy Foster, head of the California State Athletic Commission which is sanctioning the 8-round bout, has said he considers this to be an “exhibition” and not a real prizefight where both boxers would be going for knockouts.