“It’s not going to be pretty.” 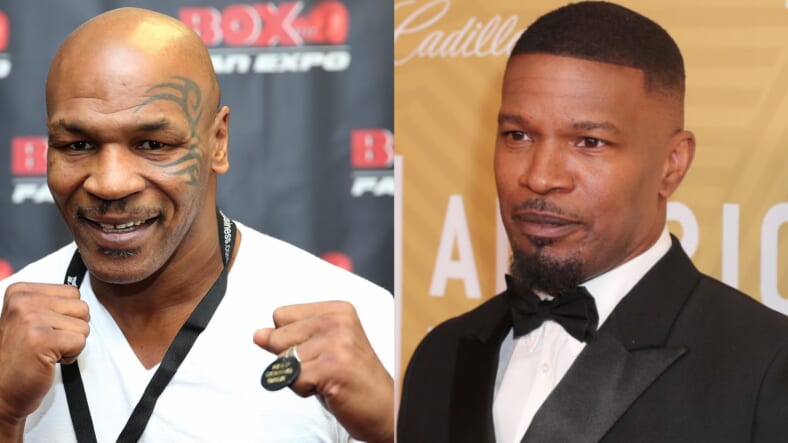 Mike Tyson has clearly been enjoying all that speculation about his rumored boxing comeback by sharing a series of sensational training videos of himself hitting the mitts and channeling his ferocious heyday as the sport’s youngest heavyweight champion.

While the videos appear to be sponsored by brands and Tyson is well past his boxing prime, it’s still fun to watch his impressive speed and power, even as Tyson’s 54th birthday approaches on June 30. Check out his latest training video here:

As for whether Tyson will actually return to the ring or is just trolling the media and fans, CBS Sports has an update on Iron Mike’s current options, which span from fights with UFC greats Wanderlei Silva and Jon Jones to a more likely exhibition match-up with former boxing nemesis Evander Holyfield:

Offers and potential opponents have been numerous since his announcement, including a reported $20 million offer for Tyson to fight MMA legend Wanderlei Silva in a bare knuckle fight at BKFC. Tyson was also recently challenged to a fight by UFC light heavyweight champion Jon Jones after Tyson discussed Jones’ financial disputes with the UFC.But the most realistic and intriguing talk has surrounded Tyson facing off with former rival, 57-year-old Evander Holyfield. Holyfield beat Tyson twice during their pro careers, with the second fight ending after Tyson infamously bit off a portion of Holyfield’s ear. Tyson has expressed interest in the fight with Holyfield, who has also expressed a desire to fight in charity exhibition bouts.

Meanwhile, Tyson had some advice for Jamie Foxx, who is training to portray the heavyweight boxing legend in a long-awaited biopic.

“I’m very grateful. I’m very excited about it,” Tyson recently said of the film in an interview with Charlie Mack, according to London’s The Sun. “I’m gonna sit down and tell him the truth and he’s gonna have to learn to process that.”

Tyson added, “It’s not going to be pretty.”

Last week, Foxx, 52, showed off his newly-ripped physique and said he’s doing 60 pull-ups, 60 dips, and 100 push-ups every other day to look more like the musclebound Tyson.

“I ain’t got no legs. I ain’t got no calf muscles, so we’re gonna have to get some prosthetics for that,” Foxx cracked on Catching Up with Mark Birnbaum.