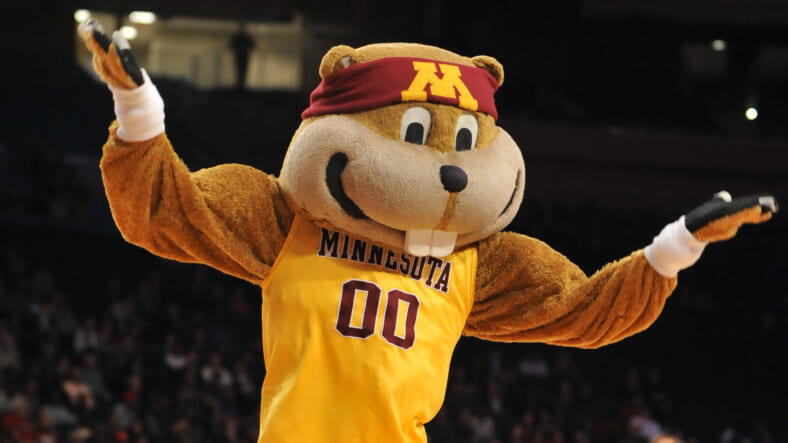 Amid all the protests, head injuries and garbage quarterback play, we could all use a reminder that football, in its purest form, can be a lot of fun. And there’s nothing more pure than a team of young, Pop Warner players taking on a group of adults dressed as mascots during halftime of an NFL game.

A clip from one of these games has gone viral this week and it’s worth watching. And then watching again.

The Golden Gopher mascot follows a long line of grown ass men dressed in sweltering costumes who take out their anger on children. It’s the reason these goofy little halftime games exist.

We should note that not all mascots are raging assholes angry that they’re dressed as a jungle animal and not suited up on the sideline. Jazz Bear, the ursine mascot for the Utah Jazz, proved that earlier this year when he came to the defense of a helpless child who took a cheap shot from an adult during a timeout bubble race.

Adult @LAClippers fan is a dick to kid in fun quarter-time race.@utahjazz mascot DEE-STROYS him.

The lesson? The only adults allowed to concuss children during sporting events are those wearing fake fur.