Is this political correctness run amok? 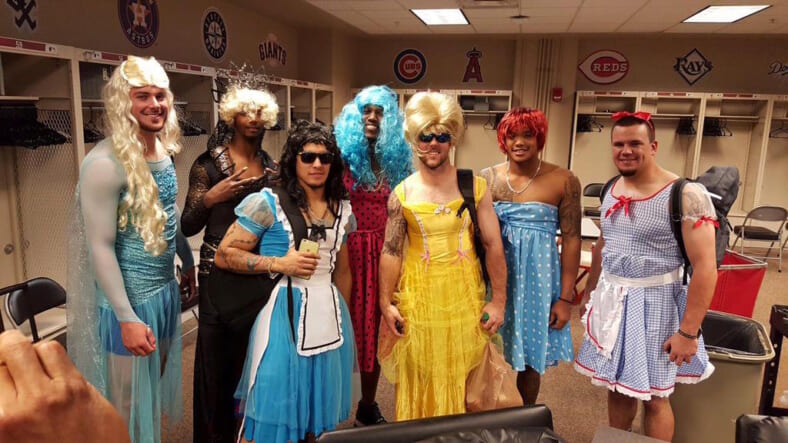 As a part of the new labor deal stuck between Major League Baseball and the players union, teams will no longer be allowed to force rookies to dress up like women and publicly embarrass themselves. The Anti-Hazing and Anti-Bullying Policy specifically prohibits players from forcing others players into “dressing up as women or wearing costumes that may be offensive to individuals based on their race, sex, nationality, age, sexual orientation, gender identity or other characteristic.”

Wait wait, one more to add to this fine looking group pic.twitter.com/rdlqhPAKTD

Honored to be one of the last players ever to be dressed up as a woman pic.twitter.com/NenUSzBG6k

Why MLB says you've seen the last of this rookie hazing traditionhttps://t.co/FdC3NA91ag pic.twitter.com/640MxFwBgT

The policy was added to the new collective bargaining agreement because some recent instances of rookie hazing have aroused the ire of fans, MLB Vice President Paul Mifsud said. He added that the league fears how far this might go. “Although it hasn’t happened, you could sort of see how like someone might even dress up in blackface and say, ‘Oh no, we were just dressing up,'” Mifsud said. “We’ve also understood that a number of players have complained about it.”

MLB isn’t trying to clamp down on fun entirely. Teams will still be allowed to make rookies dress up in dumb costumes, as long as they’re not blatantly sexist. That means fewer beefy dudes squeezed into Hooters shirts and more throwback wrestler get-ups. Seems like a win-win.