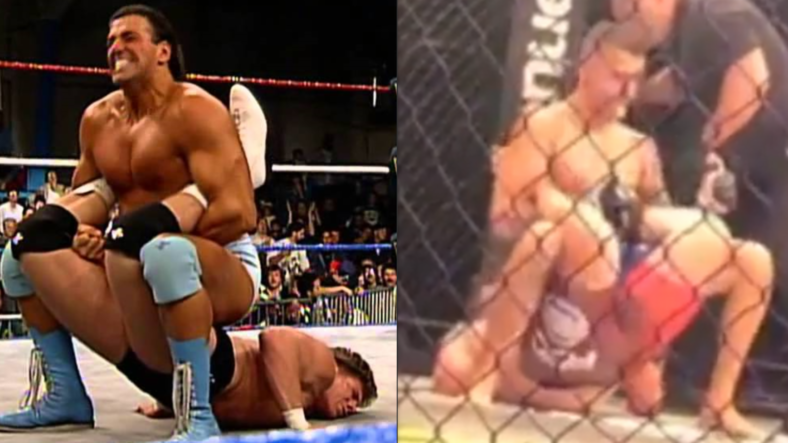 An MMA fighter used Chris Jericho’s signature finishing move, “The Walls of Jericho” to submit his opponent in the above viral video.

At Full Contact Contender 19 in Manchester, England, welterweight fighter Jonno Mears ended his second ever professional bout against Aaron Jones with an elevated version of the “Boston Crab” submission made famous by Jericho in the WWE.

It’s the first time in mixed martial arts history the move has ever been used to end a fight. You probably won’t ever see any elite grapplers try it in the UFC, but Jericho was still pumped.