This is just sad. 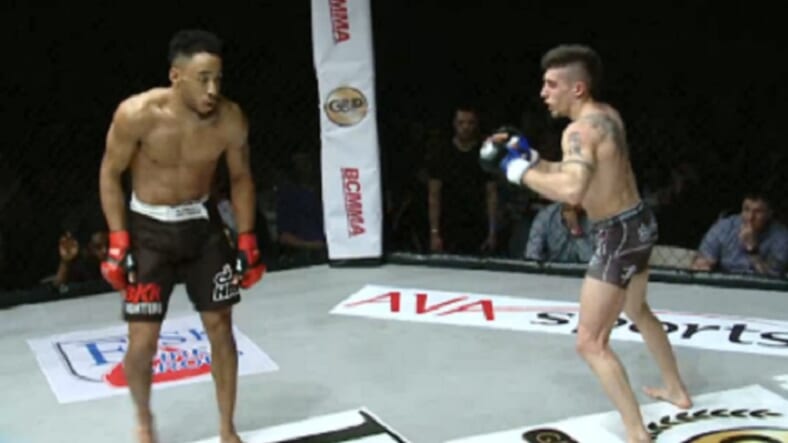 Cody Garbrandt isn’t a massive name in MMA like Conor McGregor. However, in UFC 207 Garbrandt made a splash when in round four he literally took a hilarious dance break before soundly defeating opponent Dominick Cruz. It was a memorable move worthy of McGregor and obviously recently inspired British Challenge Mixed Martial Artist Joe Harding to do the same.

For Harding, that was a bad idea.

Fly too close to the sun and you may get melted. #karMMA pic.twitter.com/91VCmOVSQ6

MMA Junkie reports Harding was up against opponent John Segas in an “interim featherweight title fight” and Harding had “spent the better part of two rounds dancing and showboating.” He was reportedly doing pretty well.

Then came round round three, the final round, and Harding’s ill-advised one-man dance party. MMA Junkie’s report indicates that after Segas absolutely cold-cocked him, Harding was out for “a few minutes” before coming to.

The general lesson here is that most of the time, dancing and mixed martial arts simply don’t go together. And when they do, they only work for the likes of Cody Garbrandt and probably—if he was a dancing man—Conor McGregor.