This is just embarrassing. 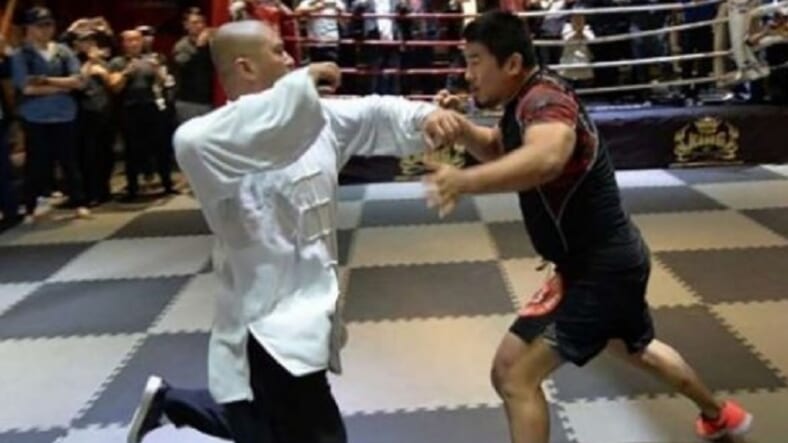 Of all the classic martial arts, Tai Chi may not be the first you think of when you consider bringing that skill set into combat. After all, Americans in particular are accustomed to assuming Tai Chi is more like yoga, based on seeing slow-moving sessions held in city parks and often attended by older folks. In China, though, there are masters who use it in combat. And one just had his ass thoroughly whipped by an MMA fighter named Xu Xiaodong.

Wei Lei, the Tai Chi master at the wrong end of Xu’s beatdown, was there for honorable reasons—he was defending his craft. Xu has raised a debate that thoroughly pissed off many martial artists across China—he contends that modern fighting methods are far more effective.

Having pretty much proved his point at least once, Xu has found he’s not lacking for more challengers. Another Tai Chi master, Lu Xing, told a Chinese newspaper that Xu “is deeply biased against traditional martial arts and his words were insulting.”

So of course, Lu “challenged him so he could have a fresh perspective of tai chi and the true traditional martial arts.”

Hopefully Lu will let the press know how that went once he recovers from the kind of grounding and pounding Xu gives Wei in that video.