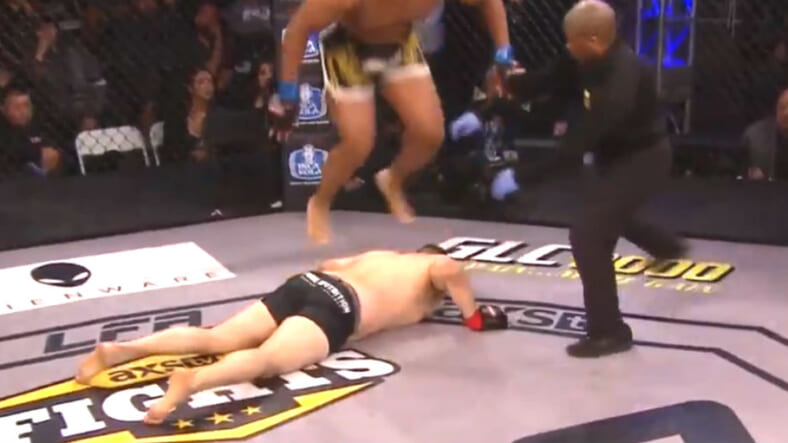 Crazy stuff goes down in the Octagon all the time, so it’s hard to pick just one moment from a weekend full of pro and amateur matches. Bleacher Report caught a good one from a California match in the LFA.

The video above proves you should wait before you begin your victory dance.

Heavyweight Drew Chatman was driven to the screen by Irvins Ayala, even though Ayala was landing sloppy blows. Then Ayala came in too close (or something, it’s hard to tell) and knocked himself out cold.

Chatman appeared to punch Ayala a few times for good measure, then pull himself from beneath his opponent. That was when he made a move that reportedly got him disqualified, hopping on Ayala’s back to launch into a flip that turned into a sickly forward roll.

MMA rules are loose compared to other combat sports. That’s why it can be so damn brutal.

It’s good to know that “no forward flips off your opponent in celebration” is just a step too far.