These Mets fans aren’t messing around. 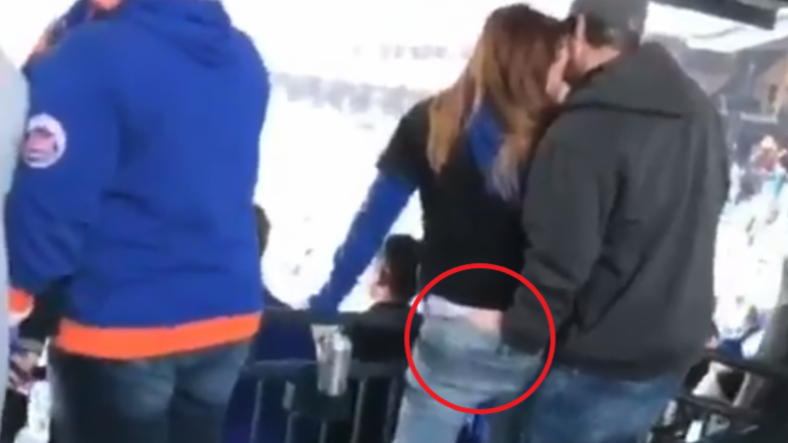 An epidemic of public sex is sweeping through baseball stadiums across the country… and the season literally just started.

This time the culprits appear to be two New York Mets fans.  Perhaps the horndogs were celebrating their team’s Opening Day win over the St. Louis Cardinals. Or maybe they needed to release some mid-game stress. Watch the video above and decide for yourself.

One commenter even responded with a third example of the shameless sex act.

Just imagine how many more of these we’ll see by season’s end. Which team’s fans will reign supreme?