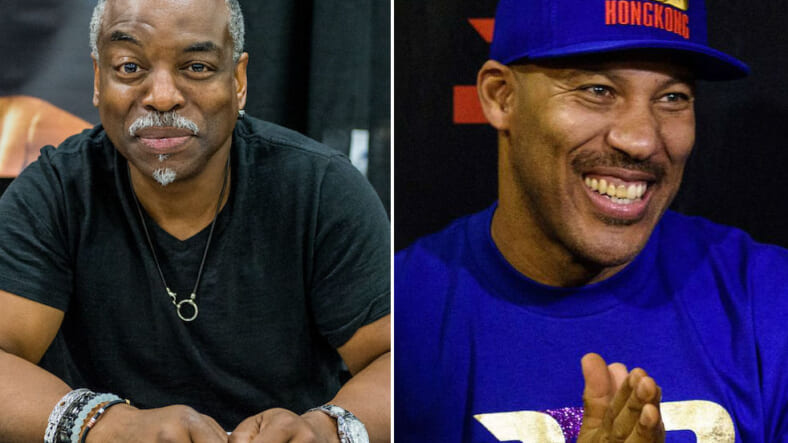 It’s not hard to imagine how a moron might mistake Levar Burton, the ageless actor known for his roles in Star Trek: The Next Generation and Reading Rainbow, for Lavar Ball, the obnoxious basketball dad currently locked in a surreal feud with the President of the United States.

After all, their first names are pronounced the same, despite the different spellings, and both of their last names start with the letter “b.” Also, they’re both black.

That’s enough to confuse a moron, especially the kind of moron who tweets shitty things are famous people. They’ve been out in full force this week after Ball’s son was arrested for shoplifting in China.

President Trump demanded gratitude for his role in getting the kid out of trouble and Ball would not meet that demand. So Trump began tweeting about it, calling Ball ungrateful and suggesting that he should have left his son, and his UCLA teammates, to rot in a Chinese prison.

Those who agree with President Trump set out to attack Ball on Twitter, but a bunch of them are morons and they tweeted at Burton instead.

Burton took all of the mis-directed criticism in stride.

One of many sleights I am having to endure these days. Thanks! @Lavarbigballer… #bydhttmwfi https://t.co/uYkoDOV6yZ

But he’s mistaken if he thinks this is ending any time soon. After Ball started this feud by downplaying Trump’s role in getting his son out of Chinese custody, Trump seems happy to keeping adding fuel to it.

On Wednesday morning, Trump logged on early to take more shots at Ball, who is sure to respond with some nonsense that keeps this idiotic back-and-forth going.