Richard Sherman’s injury could be the tipping point. 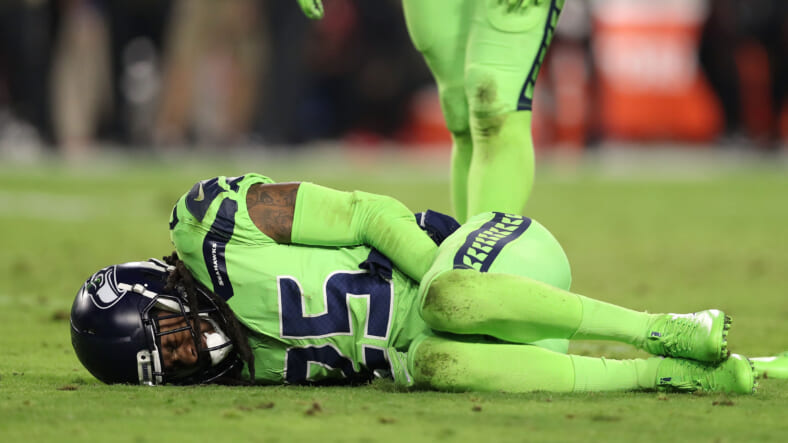 Seattle Seahawks cornerback Richard Sherman saw his season end on Thursday night after rupturing his Achilles tendon in the third quarter of Seattle’s 22-16 win over the Cardinals.

Sherman was one of 15 players from both teams to suffer some sort of injury in the game, which is amplifying calls from players, coaches and fans to do away with Thursday Night Football.

“This shit should be illegal,” Seahawks wide out Doug Baldwin said after the game. “This is not OK. … Absolutely, guys do not have enough time to recover. You can’t recover in four days.”

Sherman said after the game that his achilles has been bothering him all season. He hasn’t missed any time with the injury because it hasn’t been bad enough for him to miss time. But playing two games in five days changed that.

He didn’t blame the Thursday night game for the injury, but Sherman’s thoughts on the mid-week games are no mystery. Eleven months ago he wrote an article entitled “Why I Hate Thursday Night Football” on The Players’ Tribune.

Thursday Night Football is just another example of the NFL’s hypocrisy: The league will continue a practice that diminishes the on-field product and endangers its players, but as long as the dollars keep rolling in, it couldn’t care less.

He also referred to the games as a “poopfest.” It’s a sentiment that plenty of people agree with.

Thursday night football must be abolished. Unsafe for players. Rarely good for fans

Thursday night football smh…. the body is not ready and is not at peak performance within a 3 day span. Player safety tho huh? 🤔

Despite the criticism, it’s unlikely that TNF is going anywhere. The NFL simply makes too much money off of the games. But that doesn’t mean tha other changes can’t be made. One obvious one: Teams should only play on Thursday night’s if they had a bye the previous Sunday.