Hopefully the poor guy will at least have some benefits. 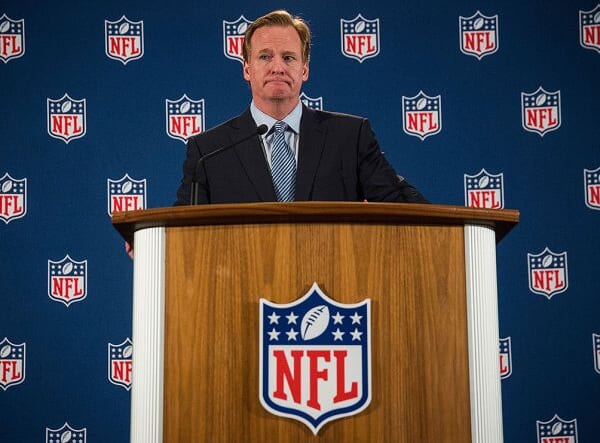 Poor Roger Goodell. If the guy doesn’t get a break in his next contract with the NFL, he might be out… well, a private jet or something.

Seriously, though—conflict between the commissioner and various teams and players notwithstanding, Goodell’s contract is up for extension and he wants some massive perks, reports ESPN. Here’s what the NFL’s Compensation Committee will address for the commissioner on Monday:

The last written counterproposal from Goodell, which was around the first of August, was seeking about $49.5 million per year, as well as the lifetime use of a private jet and lifetime health insurance for his family, according to a source familiar with the negotiations.

If Goodell did get this supposedly mythical package it’s amount to a $20 million raise from his current paltry $30 million.

Naturally, at least one anonymous team owner told the sports network he felt Goodell’s alleged request was “offensive,” and “unseemly.”

Regardless of the massive amount of money and perks he’s requested, Goodell reportedly will not quit his job and is “defiant.” Another unnamed team owner said the commissioner is “not going to resign; he’s not going to take a pay cut. He can stand to show some humility, but he won’t listen to staff.”

Who can blame the guy for just trying to get ahead? It’s the difference between driving a gold Rolls Royce and a platinum one. And who doesn’t have sympathy for him after learning of his wife’s crippling Twitter habit?

We wish the commish well in his efforts, even if we’re pretty sure the New England Patriots won’t.