Will the NFL Force the Packers to Release Aaron Rodgers Due to a Rules Violation?

Other teams are ready to pounce. 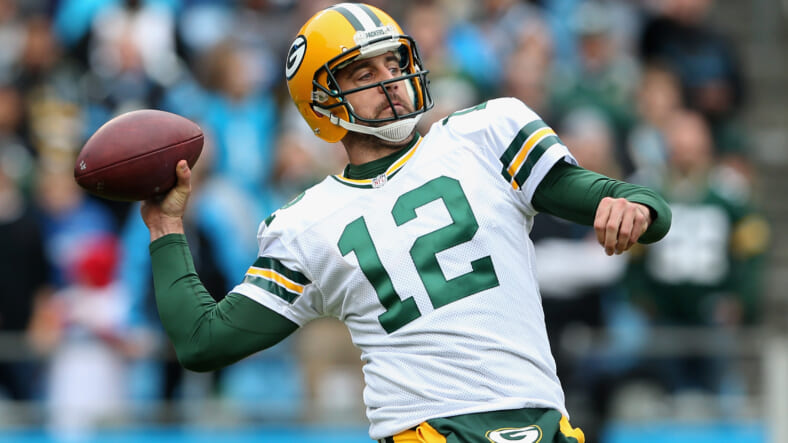 As soon as the Packers were eliminated from playoff contention last Monday, the team’s front office began to shut the season down. Its first move was to preserve banged up quarterback Aaron Rodgers by placing him on injured reserve and ending his season.

The decision was hardly a surprise, but it might have been a rule violation. And now several NFL teams are calling on the league to punish the Pack by forcing them to waive their best player.

The problem, as the other teams see it, is that Rodgers was placed on IR not because he was injured, but because the Packers were knocked out of the playoff race. That’s a problem, as ESPN’s Kevin Seifert explains:

The NFL classifies injuries as “major” or “minor” based on whether it will take more or less than six weeks for the player to recover. In essence, a player placed on IR with a minor injury is subject to waivers after he recovers. In Rodgers’ case, the question is what happened during his Dec. 17 start against the Carolina Panthers to put him in the “major” category.

There’s reason to believe that nothing “major” at all happened.

Following the team’s game against the Panthers, which was on a Sunday, coach Mike McCarthy said that Rodgers was “sore,” but nothing more. And that’s just what you’d expect for a guy who broke his collar bone two months ago. On Monday, the Packers were eliminated from the playoffs and Rodgers was still healthy, according to the team. Then, on Tuesday, he was placed on IR.

It’s pretty obvious what the Packers did and the rule was clearly broken. But does that mean the team should be forced to cut Rodgers loose? According to the rules, yes. But the Packers have one excellent line of defense: The NFL has to approve IR moves before they happened, meaning the league already signed off on this. So you can bet it’s going to stand.

And no one is angrier about that than salty Patriots fans, who know that if their team had broken this rule, we’d already be calling it IR-gate.

You can be sure that if the Patriots had wrongfully placed Tom Brady on IR the way the Packers did with Aaron Rodgers, Goodell would force them to release him within 24 hours. Shameful bias on display in the NFL once again.

If the @Patriots had placed a player back on IR with the same injury it would be a national discussion and @espn lead story, but when it's the friendly @packers, @NFL doesn't care 🤔

Why wouldn’t they? Y’all broke an NFL rule🤔