This Pro Tennis Player Was Fined $17,500 for Making Obscene Gesture With Water Bottle

Watch Nick Kyrgios’ NSFW moment here, if you must. 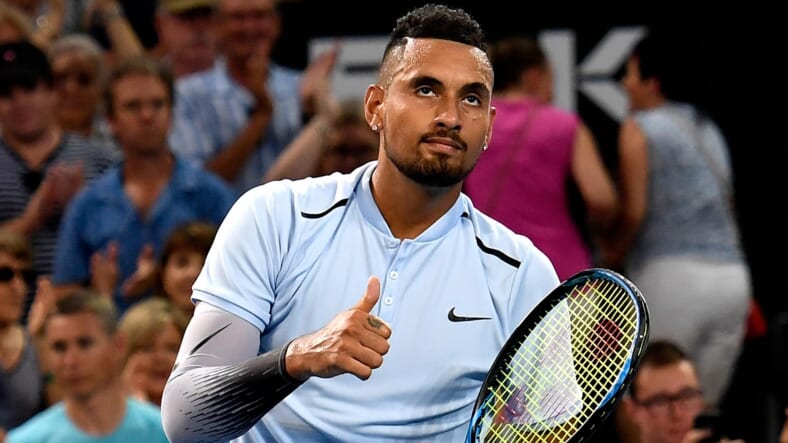 Pro tennis’ reigning bad boy copped a stiff fine for yet another instance of naughty behavior.

Cameras caught the obscene gesture from start to finish. Watch it below, if you feel the need:

It wasn’t the only time the Australian played between his legs during the Wimbledon warm-up tournament. Watch him hit two tweeners—one of which is wholly unnecessary—in the same rally during his match against Andy Murray.

The Association of Tennis Professionals weren’t pleased with their No. 19-ranked player’s behavior and consequently took back $17,500 of Kyrgios’ reported $105,000 tournament earnings.

On the other hand, Twitter users seemed to appreciate the footage.

There are SO many things wrong with the world right now, Nick Kyrgios pretending to wank with a water bottle isn’t one of them

Just can’t get enough of this man 😂😂😂 https://t.co/SAn8QJUSLl

Apparently, that’s the one shot he shouldn’t have taken.