Damn shame to do that to this face. 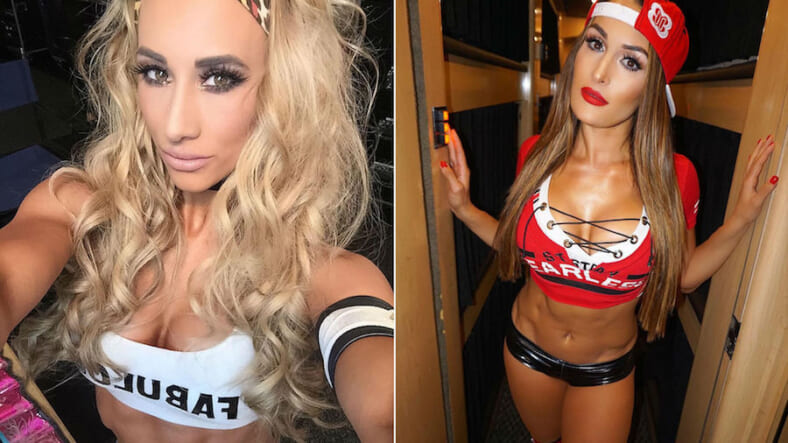 Nikki Bella and Carmella are scheduled for a no-disqualification match at Sunday’s TLC: Tables, Ladders and Chairs. But a few days before the pay-per-view event at Tuesday’s SmackDown, they gave us a little preview of what’s in store.

After Carmella spent a few minutes laying out her plan to send her opponent to the hospital, Bella sprinted into the ring to respond. She did so with a couple spears and lot of flying fists.

In an interview after the brouhaha, Carmella was seen holding ice to her face and sporting a few lumps on her forehead. Then, on Thursday she posted a picture of the shiner’s she now sporting, courtesy of Bella.

As far as WWE injuries go, this isn’t so bad. It’s largely superficial and you can bet she’ll have enough make-up Sunday to cover it up. Still, it’s a damn shame to see that kind of bruise on this face.