You’ve got to see it to believe it. 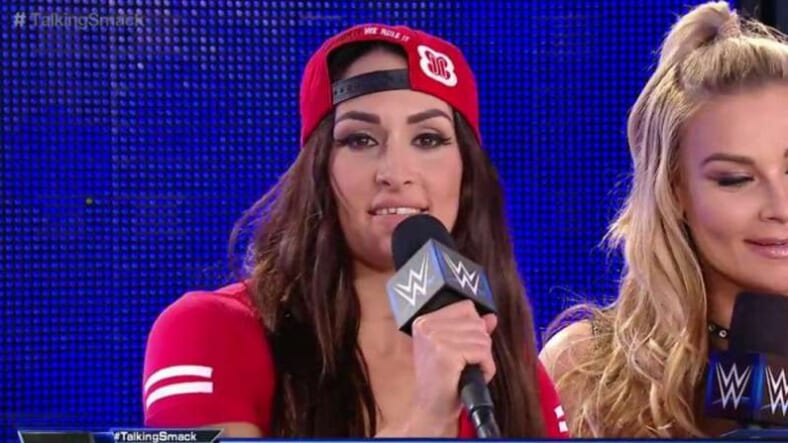 Just in case it wasn’t already clear that Nikki Bella and Charlotte Flair are rivals, the two WWE Divas started a chaotic brawl on Smackdown Live last night, in a preview of this weekend’s Survivor Series.

Bella, who’s dating John Cena, was locked in a match with Carmella, who will be her teammate at Survivor Series, when Charlotte showed up ringside and began taunting her. Bella was having none of it, so she dragged Charlotte into the ring and started pummeling her.

When the melee was over, Bella emerged with a slight problem. She had chipped her tooth. The star of Total Bellas revealed the injury on Talking Smack, where she told Charlotte she’d be sending her the dentist bill.

This isn’t the first time Bella has had dental issues arrive from in-ring action. In 2014, she lost a tooth during a match. It looked painful.

Thankfully, Bella recovered from that dental problem and she’ll recover from this one. And look on the bright side, at least her ass wasn’t injured.

Riding shotgun on the tour bus! 💋 Amazing to rock sunglasses who give back by sending a pair of eyeglasses to those in need. Road life. DIFF life. Get a 10% discount using Nikki10 today at www.diffeyewear.com