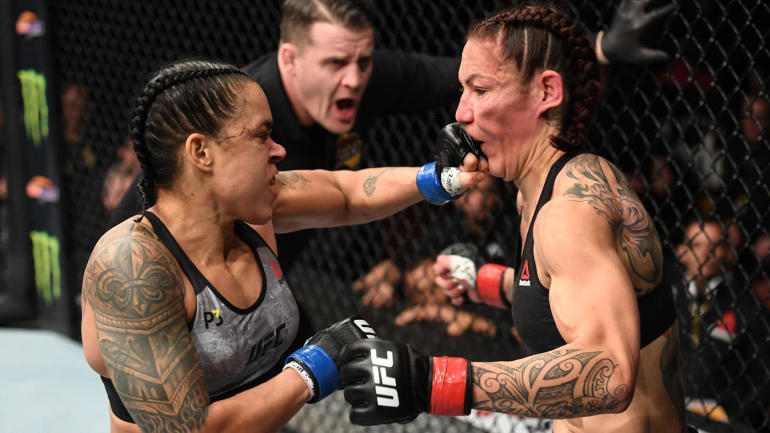 She did it again.

Amanda Nunes, best known for knocking out former UFC queen Ronda Rousey in 48 seconds back in 2016, became the first woman to defeat Cris Cyborg when she knocked her out 51 seconds into their featherweight championship fight at UFC 132.

Cyborg, who had been the most feared female fighter in the history of MMA, immediately traded with the heavy-handed Nunes in the opening seconds of the fight.

But Nunes caught Cyborg with a flurry of overhand rights and left hooks, knocking the bigger Brazilian to the ground before finishing her off with a shot to the temple that sent the once-unbeatable Cyborg face first into the canvas.

The co-headlining fight of UFC 232 was called off 51 seconds into the first round, and Nunes is now the first woman to hold two UFC championship belts at the same time.

“I told you! I told you I am the greatest,” Nunes told Joe Rogan right after her shocking upset. “Now I have to be in the Hall of Fame.”

“Nothing was going to stop me from what I wanted to do tonight,” Nunes said later. “When she connected with a couple of punches, I just said, ‘I’m going to walk right through her.’”

“I knew this was happening, I told you all!” Nunes said. “I’m the new ‘champ-champ.’ I said that before, and now I’m just achieving this dream.”