Raiders fans might murder you in the beer line, but the team is full of choir boys. 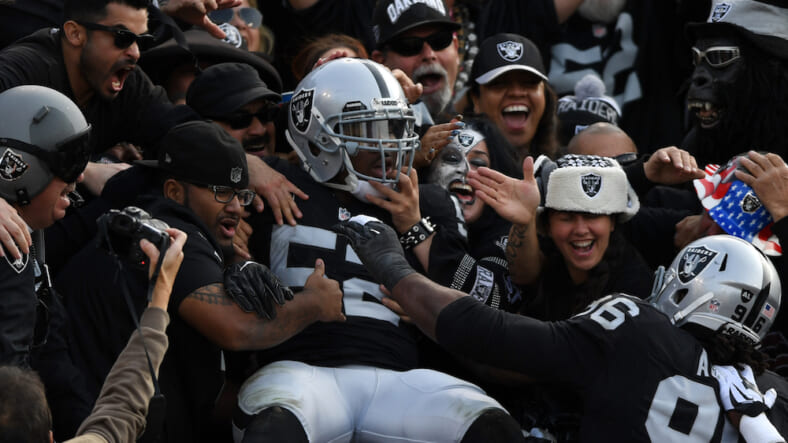 But what’s supposed to be isn’t, according to the painstaking research over at SB Nation Raiders blog Silver and Black Pride. By their accounting, the Raiders have gone three years without a player getting arrested, which is the longest active streak in the league.

Up until Friday, the Washington Redskins had a similar streak. But then linebacker Junior Galette was nabbed by Biloxi, Mississippi, police for “misdemeanor disorderly conduct and failure to comply with police orders,” NFL.com reported.

That leaves the Raiders all alone as the league’s most well-behaved, rule-abiding team. The last arrest for the a member of the silver and black came in March of 2014, when running back Kory Sheets, who would never play a single snap for the team but was under contract at the time, was popped for marijuana possession.

Credit for the Raiders sudden transition into choir boys goes, at least in part, to GM Reggie McKenzie and his commitment to character. No one illustrates that better than quarterback and rising NFL star Derek Carr, who is active in Oakland with his charity.

If all of this is a little too sanitized and wholesome for you, rest assured that the Raiders distinction as the NFL’s goodie goodies won’t last long. Once the team goes to Vegas, these guys are going to go nuts.