Can you see a resemblance? 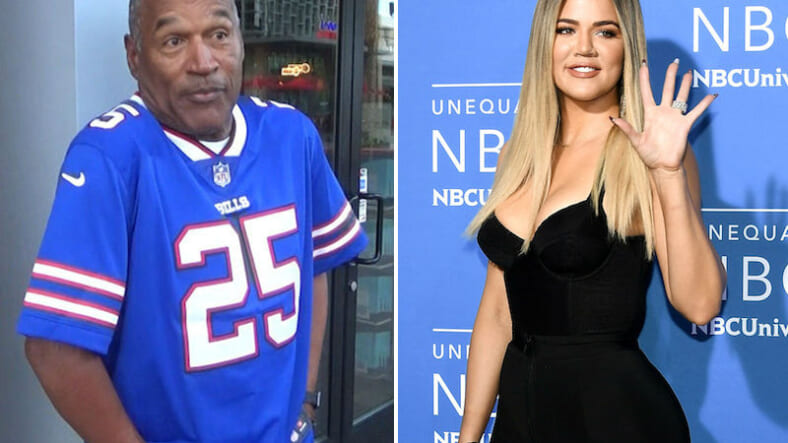 After years of speculation and an endless string of theories, O.J. Simpson has finally put to rest one of the biggest mysterious surrounding the trouble NFL legend: No, Khloe Kardashian is not his daughter.

The revelation came in the on-the-street interview with a TMZ cameraman who asked Simpson if congratulations were in order given Kardashian’s recent pregnancy announcement. “I’m happy for her. Congratulations to her, but trust me, I had nothing to do with it,” he said.

Rumors that Simpson fathered the middle child of Kris Jenner and Robert Kardashian have been floating around for years. They originally centered on Khloe’s lack of resemblance to her two sisters when they were all kids.

Then, once Kardashian grew up, people noted her supposed physical resemblance to Simpson.

While it’s true that Jenner had an affair during her marriage to Kardashian, which ended in 1991, she says she never slept with Simpson.

The rumor was spurred by a claim former stepmother, Ellen Pierson, the widow of Robert Kardashian. In 2013 Pierson told a tabloid that Robert admitted to her he was not Khloe’s real dad. The reality star bashed the claim on her show Kocktails With Khloé last year and took to Instagram to show her love for her real father.

But none of this has stopped the haters, a group that includes both internet trolls and celebrities. While locked in a feud with Khloe in 2015, Amber Rose lobbed this grenade her way.

U think because ur dad was a professional football player that got away with murder ur better than me girl? Haaaaannnnn?