“Don’t discredit all her hard work. UFC is smart to hire someone with millions of followers.” 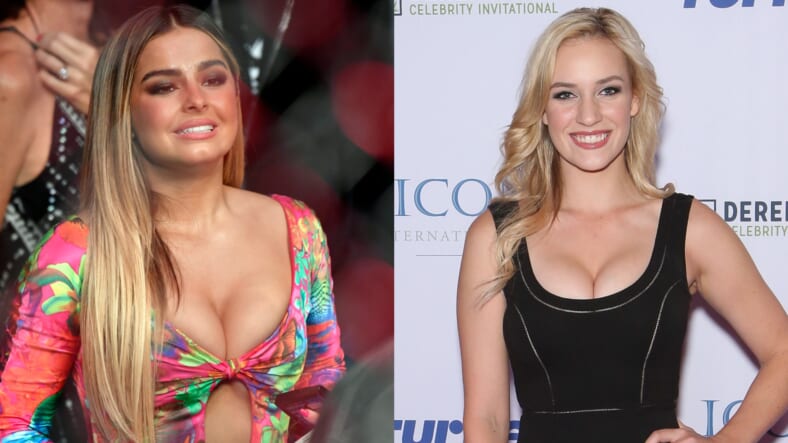 As the New York Post reports, Rae was given a commentary gig on the red carpet at UFC 264. She took to Twitter to mark the occasion.

“I studied broadcast journalism in college for 3 whole months to prepare for this moment,” Rae tweeted, alongside two photos of her holding a UFC mic. The quip was seemingly a reference to Rae’s brief enrollment at Louisiana Stat University, which she left to pursue a career focused around social media influencing.

nvm y’all got me fired https://t.co/kHFFvHuSaM

Hours later, she joked “nvm, y’all got me fired.” However, a source with knowledge of the situation told E! News that she was only asked to do one-time social activation in the form of an interview with headliner Dustin Poirier, who is also from her hometown of Lafayette, Louisiana.

“She’s not, nor was she ever, a correspondent. She’ll be at the fight tonight but just as a spectator,” the source said. “There were never any plans for her to have any further official responsibilities.”

Don’t discredit all her hard work. UFC is smart to hire someone with millions of followers.

Regardless, Spiranac is defending Rae’s right to work at a UFC event.

“Don’t discredit all her hard work. UFC is smart to hire someone with millions of followers,” Spiranac replied to one angry fight fan who tweeted, “Should we hire someone who busted their butt through college, and genuinely loves UFC and is hungry for an opportunity in journalism?? Nah, let’s hire Addison Rae because she’s popular for ‘throwing it back’ on TikTok.”

Another Twitter user also took issue with Rae’s dismissive attitude towards sports writers. “This is disrespectful to all the people who go to college and work their asses off for jobs like this and sometimes don’t even get them but because Addison has clout she gets them over QUALIFIED sports journalists.”

Rae is taking the heat in stride. She shared a Barstool Sports tweet in which she was named the “most hated UFC commentator ever.” On Instagram, where Rae has a whopping 38.6 million followers, she made herself look bloodied and beaten using an Instagram filter.

“Vegas- 1 Addison- 0,” she captioned the post in an apparent reference to the backlash.