This is absolutely revolting. 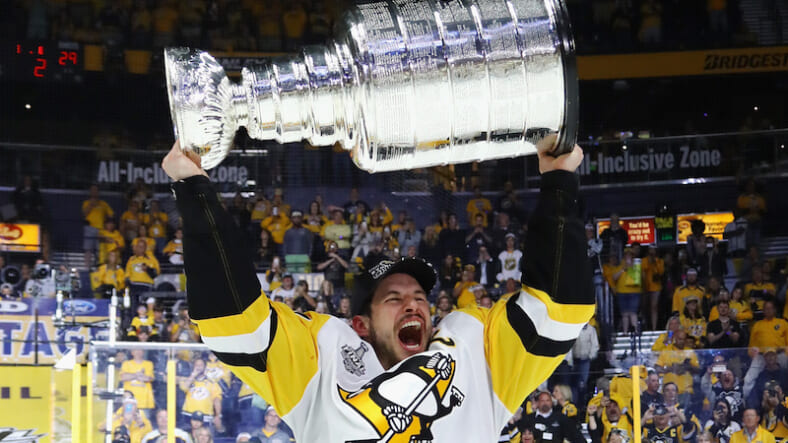 After the Pittsburgh Penguins closed out the Nashville Predators last night to take down the team’s second straight Stanley Cup, fans got weird. And not the typical weird you see when drunk people watch their favorite millionaire athletes win a big trophy.

Fans have started to eat catfish in celebration of the @penguins winning their second straight #StanleyCup @PittsburghPG @PGVisuals #Pens pic.twitter.com/HerR2d65DA

There’s actually a reason for this madness. It’s not a good reason, but it is a reason.

Catfish are a good luck charm for Predators fans, who’ve been known to wing the slimy carcasses of these whiskered fish on to the ice after an important goal. They’ve also been known to get affectionate with them.

So it’s only natural then that after the Penguins vanquished the Preds on the ice, its fans would devour their talisman.

The only person who had more fun after the Pens win was this kid shooting Gatorade on Matt Cullen’s ass.