There Are Now Calls To Ban ‘Octagon Girls’ From The UFC

“It’s 2019. Do we really still need scantily clad women to wander around the middle of a fighting ring between rounds?” 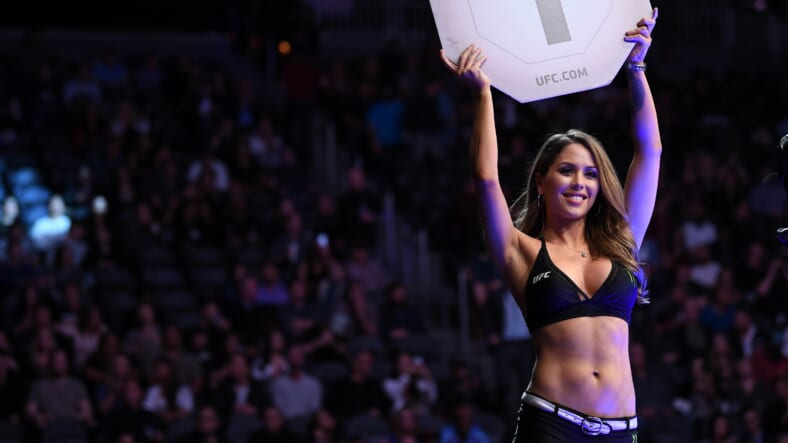 Arianny Celeste, Brittney Palmer and the other gorgeous Octagon Girls of the UFC could be banned from an upcoming MMA event if some Australian politicians have their way.

Ahead of UFC 243 in Melbourne on October 5, Lord Mayor of Melbourne Sally Capp called for UFC president Dana White to rid his organization of the scantily-clad, card-carrying cuties who strut around the cage between rounds, deeming the tradition “sexist and backward,” according to the New York Post.

“It’s 2019, do we really still need scantily clad women to wander around the middle of a fighting ring between rounds?” Capp told the Herald Sun.

“The Grand Prix did the right thing in ending the use of grid girls and we encourage other events to make similar moves,” Andrews said.

However, many Twitter users disagreed with both, with one noting that the fighters themselves are wearing next to nothing.

These girls are using the UFC brand as a platform to make it in the modelling business and you has silly feminists trying to take their careers away. Shame on them.

UFC 243 will feature Robert Whittaker vs. Israel Adesanya and Nadia Kassem vs. Ji Yeon Kim as the main and co-main events, respectively.