This is insulting as hell. 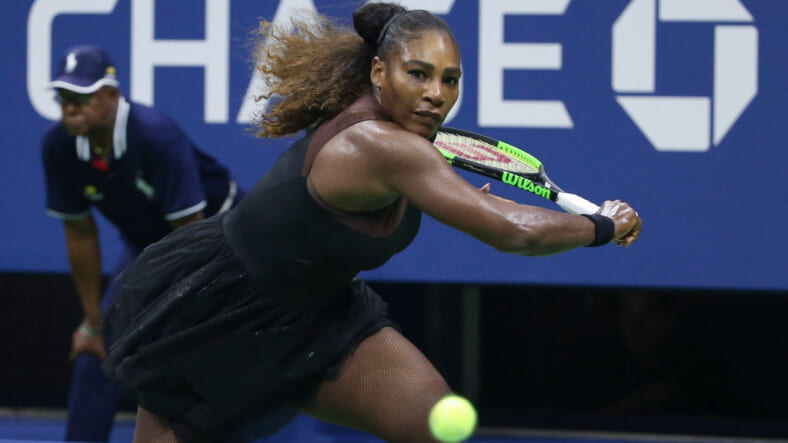 Australia’s finest cartoonist Mark Knight has the strongest support of his colleagues for his depiction of Serena Williams’ petulance. It’s about bad behaviour, certainly not race. The PC brigade are way off the mark…again. pic.twitter.com/CeHaoRG6gf

Serena Williams’ wildly controversial US Open loss to Naomi Osaka was marked by angry exchanges between the tennis superstar and umpire Carlos Ramos. It looks like the controversy over Williams’ behavior—she told the ump he was a liar and demanded an apology—isn’t going away anytime soon.

Williams is perhaps the greatest woman to ever play the game, and one of the keys to her greatness is how she’s overcome racism and sexism at every turn. An offensive cartoon (see above) published in an Australian newspaper was a double-barreled example of those challenges.

It depicts an angry, ugly caricature of Williams stomping her racket, a pacifier on the court by her side.

Williams’ anger at Ramos docking her a game was indeed intense, and she did break her racket. Plenty of sports commentators have since criticized how she handled things, calling her petulant, referring to her “tantrum.”

Mark Knight, the Australian editorial cartoonist who drew the picture for the Melbourne Herald Sun, replied Tuesday to widespread criticisms that his portrayal was intensely racist.

Speaking to an Australian radio talk show, Knight was obviously anything but repentant.

The world’s gone crazy. It’s a cartoon about poor behaviour. It’s nothing to do with race. I drew this cartoon on Monday night, I saw the world’s greatest tennis player spit the dummy. She’s great to draw, she’s a powerful figure, she’s strongly built. I’m sorry it’s been taken by social media and distorted so much.

“Spit the dummy” is an Aussie slang term used to describe an adult throwing a childlike tantrum.

Knight can double down all he likes, but Williams fans using social media—like Harry Potter author J.K. Rowling—aren’t having it.

Well done on reducing one of the greatest sportswomen alive to racist and sexist tropes and turning a second great sportswoman into a faceless prop. https://t.co/YOxVMuTXEC

I drew my own #SerenaWilliams cartoon. mark knight + the herald scum can go fuck emselves pic.twitter.com/b7KlDtTcDC

This despicable cartoon tried and failed to diminish the greatness & grace of @serenawilliams. Racism in any form is unacceptable. Push On @serenawilliams! #KeepHopeAlive! https://t.co/iNLQNZ4ek7

The saddest part about Mark Knight’s cartoon depiction of Serena Williams and Naomi Osaka, is that he believes that he has done nothing wrong and that everyone is overreacting and does not understand the art of caricature. Racist bigotry at its finest.

Knight certainly has defenders—but many are Australians who know absolutely nothing about America’s history of racism as it has been reflected in cartoons since the Civil War. Cartoons that look a lot like his in their exaggerated, hateful portrayals of African Americans.

Freedom of the press is a great thing, but that doesn’t mean anyone has to put up with this kind of nonsense.