NFL Twins Rex and Rob Ryan Got into a Bar Fight and Yes, There’s Video

If they hadn’t already gotten fired, they would after this. 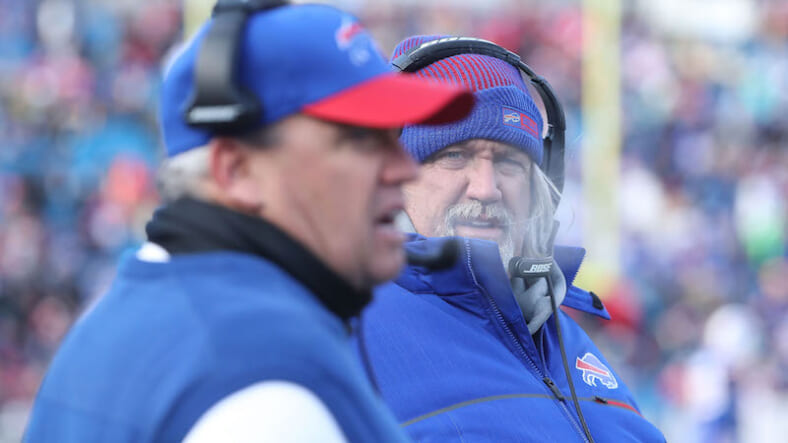 If NFL coaches had an annual yearbook and that yearbook included superlatives and one of those superlatives as “Most likely to get into a bar fight,” twin brothers Rob and Rex Ryan would tie for the award.

These two are goons and they’re proud of it. And now we have video proof. Over the weekend, the Ryan brothers were nibblin’ on sponge cake and watchin’ the sun bake at a Nashville Margaritaville when they found themselves in a small scuffle that was caught on tape.

The camera gets rolling a little late, but in the video below you can see Rex get tossed aside before Rob chokes a dude. Then Rex comes tumbling back into the frame with a Bryce Harper jersey on. There’s some macho posturing, a few collar grabs and the scene ends.

Video from a bar scuffle in Nashville involving Rex and Rob Ryan… pic.twitter.com/DXtVNkiPxo

It wasn’t all fisticuffs and “hold me backs” for the Ryan brothers at Margaritaville though. They also found time to pose for a few pics.

Looks like a big day for the Ryan bros. Let’s also hope they went home last night and relaxed in front of game two of the NBA Finals, where they could have witnessed a couple fans at Oracle Arena show them what a real fight looks like.

When the fans put up a better fight than the cavs smfh pic.twitter.com/mnZXG5lLGK